A new survey has shown that Millennial investors are leading the new wave of investing, with the age group more optimistic about markets, more likely to invest in ESG and more likely to use an adviser.

The results come from the annual ‘Legg Mason Investment Survey’ which obtained its results from surveying close to 17,000 investors from 17 different markets.

Legg Mason Australia and New Zealand’s managing director Andy Sowerby said there were some big contrasts between the age cohorts who underwent the survey.

“We blocked the respondents into four groups, the Millennials, Gen X, Baby Boomers and those older. Millennials are very different in what they are doing. We coined this phrase, millennials are doing it differently,” he said.

Mr Sowerby said in nearly every aspect that was surveyed Millennials were different from their older counterparts.

Millennials were more likely to invest in alternative assets and less likely to have a large equity allocation said Mr Sowerby.

“Millennials average asset for alternatives and precious metals is 21.9 per cent compared to Baby Boomers and [the] older generation who are closer to 8 per cent and that’s a very marked difference.

“On the equities side Millennials tend to have less in equities compared to the older cohorts,” he said.

ESG funds were continuing to gain popularity among Australian investors with 79 per cent of investors saying they wanted to learn more about the fund.

However, the research also showed that 80 per cent believed that ESG funds generated lower investment returns; Mr Sowerby said this was not the case.

“[Our] experience is that ESG, in the long-run, adds value but in the short-run can create volatility,” he said.

Millennials were leading the ESG charge said Mr Sowerby, with environmental ranking as the most important of the three in the research.

When it came to market confidence, the survey found that Australia was very confident as a nation, with 68 per cent of investors feeling confident, which was above the average of 58 per cent.

But even then, the Millennial age group were by far the most confident group said Mr Sowerby.

“Millennials were by far and away the most confident. The Millennials are basically 80 per cent confident – there is a lot of confidence in what they are doing in the way that they view their portfolios,” he said.

A new survey has shown that Millennial investors are leading the new wave of investing, with the age group more optimistic about markets, more likely to invest in ESG and more likely to use an adviser. 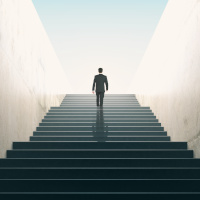