The NAB chairman has suggested that it is time for the traditional capitalist model to be flipped on its head.

Dr Ken Henry, chairperson at National Australia Bank, suggested during round seven of the royal commission that maybe it was time for the banks to rethink its capitalist model.

“The capitalist model is that businesses have no responsibility other than to maximise profits for shareholders. A lot of people over the past 12 months have said that’s all that you should hold boards accountable for."

Dr Henry said that some people would argue customers were part of pleasing shareholders as treating customers well was important to the long-term interests of shareholders.

“But that approach sees customers as instruments in an instrumental fashion, that the customers are seen as the means by which shareholder profits are secured, rather than the customer being the focus,” he said.

Dr Henry said a debate was now being had over what businesses should be accountable for and the possibility of an alternative solution.

“Within NAB we have thought very deeply about whether we should see our customers in purely instrumental terms, as a means to the end rather than the end to itself."

Dr Henry noted that views within the bank differ, but added that NAB had realigned its incentives to focus on its customers.

“For what it’s worth, NAB’s view clearly today is that incentives should be aligned with customer experience, customer outcomes to be clear,” he said.

However, as Dr Henry demonstrated on the stand, this has not always been the case for NAB, as counsel-assisting Rowena Orr showed that APRA held the view that NAB’s remuneration was not appropriate.

“APRAs view was that NAB's remuneration arrangements weren’t operating as they should to support the prudent management of risk at NAB?” said Ms Orr

“That was their view, yes,” said Dr Henry.

As Ms Orr pointed out, APRA's review of NAB claimed that the bank had a heavy emphasis on profitability measures in individual performance assessments and unlike its peers had no risk-adjusted measures of profitability.

“Well, it was no surprise. Concerning. Absolutely concerning, but not a surprise,” said Dr Henry.

Evidence of the remuneration model was presented by Ms Orr when she questioned Dr Henry why NAB in 2016 gave its executives their full short-term variable remuneration.

Ms Orr pointed out that in 2016, NAB’s bonus pool was set at 100 per cent and that CEO Andrew Thorburn did not even mention the matters when stating the decision.

Dr Henry said that there was enough information about the issues to have impacted the decision, but it did not concern him that it wasn’t raised.

“Of course, we could have, and we decided not to. For very good reasons and I’m still happy with those reasons,” said Dr Henry.

The NAB chairman has suggested that it is time for the traditional capitalist model to be flipped on its head. 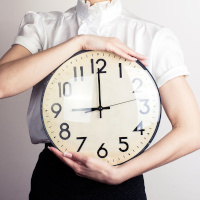