The Grattan Institute has rejected the ‘fear factor’ of the financial service industry that encourages Australians to stress about their retirement.

A recently released report by the Grattan Institute, Money in Retirement: More than Enough, reveals that most Australians will be financially comfortable in retirement.

The report shows that retirees are less likely than working-age Australians to suffer financial stress and more likely to have extras like annual holidays.

Grattan Institute chief executive John Daley said that the institute's models showed that Australians would actually be able to retire in comfort.

“The financial services industry ‘fear factory’ encourages Australians to worry unnecessarily about whether they’ll have enough money in retirement,” he said.

Grattan’s report called on the government to scrap the plan to increase compulsory contributions from 9.5 per cent to 12 per cent as most Australians would be comfortable in retirement.

The report instead called for a 40 per cent increase in the maximum rate of Commonwealth Rent Assistance and for a loosening of the Age Pension assets test which would boost retirement incomes for 70 per cent of future retirees.

The Association of Superannuation Funds of Australia denounced the report calling it an unprecedented attack on the retirement aspirations of ordinary Australians.

ASFA chief executive Dr Martin Fahy said the report was about two Australia’s, one with fully-funded, high-earning retirees and the rest with reliance on the state.

“The Grattan Institute wants to dismantle our world class retirement funding system and replace it with a model that has two thirds of the population relying on the Age Pension,” said Dr Fahy.

Dr Fahy also slammed the reports recommendation that the retirement age be raised to 70 and that the government reviewing the adequacy of Australians’ retirement incomes.

The institute’s report did recommend the government review the adequacy of Australians’ retirement income and called for a new standard.

“The Productivity Commission should establish a new standard for retirement income adequacy and assess how well Australians of different ages and incomes will meet that standard. References to the ASFA comfortable retirement standard should be removed,” the report read.

“The ASFA Retirement Standard provides a detailed account of living expenses in retirement.

“The Grattan analysis in effect wants people in retirement not to have heating in winter, not to take vacations, to get rid of the car, and skimp on prescriptions and other out-of-pocket health care costs,” said Dr Fahy.

The report for its part has said that reform is needed by the government to be able to fund aged care and health in the future.

“Unless governments have the courage to make these reforms, future budgets will not be able to fund aged care and health at the same level as today, which is the real threat to adequate retirement incomes in future,” it said.

The Grattan Institute has rejected the ‘fear factor’ of the financial service industry that encourages Australians to stress about their retirement. 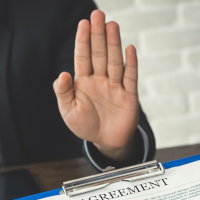