In its analysis of the full-year results of Australians major banks, KPMG states: There is a risk that high household leverage levels, higher lending rates, tightening credit conditions, the maturity of interest-only mortgages and continued high consumer confidence will drive an uptick in delinquencies and impairments.

“It should be noted that this risk is uncertain in terms of its timing and impact.”

This potential rise in delinquency rates follows on from the current trajectory, which has seen a steady increase in the level of overdue accounts over the past four years.

The report revealed that, overall, 90 days past due date delinquencies across major Australian banks are up 4 basis points from 2017. This has resulted in some credit deterioration in areas of Western Australia, South Australia and NSW.

It is believed that the increasing number of accounts in arrears is driven by factors including low wage growth and rising essential costs.

Such suburbs averaged 1.9 per cent of the share, 0.8 of a percentage point more than locations five kilometres from CBDs.

The ratings agency suggested that weaker socioeconomic conditions in these outer suburbs in comparison with inner-city areas may contribute to this figure. 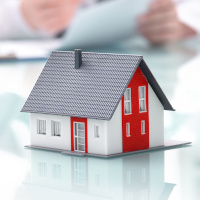