The prudential regulator has advised of changes to its underlying data collection in reporting its monthly banking statistics.

In a letter addressed to all authorised deposit-taking institutions, APRA said that, from March 2019, the data for its Monthly Banking Statistics (MBS) will be collected using the new Economic and Financial Statistics (EFS) collection, under section 13 of the Financial Sector (Collection of Data) Act 2001 (FSCODA).

It said it’s determining new data sources that will need to be determined non-confidential to facilitate the continuing publication of MBS.

As a result, the determination includes data reported by ADIs in the following forms:

APRA also said it’s proposing to extend the coverage of MBS to credit unions and building societies but not to registered financial corporation.

Further, APRA plans to undertake a more holistic review of the scope of data items published for the ADI industry and intends to consult further in the second half of 2019.

The prudential regulator has advised of changes to its underlying data collection in reporting its monthly banking statistics. 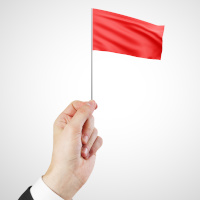