All the conditions that supported the ‘Goldilocks’ environment last year seem unlikely to stick around for very long, according to boutique investment firm Antipodes Partners.

In a note, Antipodes Partners founder and chief investment officer Jacob Mitchell has outlined various factors that played into the firm’s generally bearish view for global equities for the remainder of 2018.

“The start of the year saw investors initially grapple with concerns around accelerating inflation and rising interest rates.

“This was followed by unease around the US and China trade tiff and its potential to morph into a negative global growth,” Mr Mitchell said.

He added that a number of tech giants had also experienced an “unusually challenging” quarter and noted that central banks had “somewhat cornered themselves”.

“The European Central Bank and Bank of Japan still make up half of QE assets, making an exit a potentially bumpy ride.

“Our analysis suggests that US high yield or junk bond issuers are amongst the most vulnerable to this risk,” he said.

“The consensus is that we are in the later stages of the US corporate credit cycle.”

Mr Mitchell said that combination of America’s “twin deficits” along with the rhetoric for the tit-for-tat tariffs would “clearly result” in continued volatility.

“The key question for 2018 remains: to what extent can the benign environment persist?

“Putting aside trade wars and policy missteps, the growth environment is unlikely to accelerate much further,” he remarked.

However, Mr Mitchell also conceded that a recession was not “imminent”, and that current levels of growth could still be sustained thanks to “thawing financial conditions and pending fiscal stimulus”.

“Easing financial conditions are a key pillar of growth and current US conditions remain the easiest since the global financial crisis and should support growth above trend for the remainder of the year.”

Nonetheless, Mr Mitchell maintained that investors should not expect a year as benevolent as 2017.

“We believe the unusually favourable goldilocks combination of accelerating growth and tepid inflation experienced in 2017 will not repeat.

“Instead, normalisation of interest rate policy will likely upset the rhythm with more volatile and less forgiving markets.

“Last quarter, we warned of excessive investor crowding into structural growth winners and this quarter many technology names underperformed.

"In a higher interest rate environment, the market will become increasingly less tolerant of such biases.”

All the conditions that supported the ‘Goldilocks’ environment last year seem unlikely to stick around for very long, according to boutique investment firm Antipodes Partners. 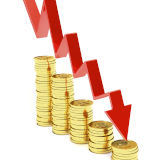