University of New South Wales Business School senior lecturer Rob Nicholls has called into question the inclusivity of the New Payments Platform framework that officially launched on Tuesday, arguing it did not have an ‘access regime’ for non-authorised deposit-taking institutions (ADIs).

“The NPP has been designed for and by the existing players,” Mr Nicholls told InvestorDaily.

New Payments Platform Australia (NPPA) is 'mutually owned' by 13 institutions in the Australian financial services industry, as well as the Reserve Bank of Australia.

Mr Nicholls said while new ADIs were able to obtain access to the NPP, the current framework locked out “intermediaries” and “non deposit-taking institutions”.

“It still has a look of a platform built by the incumbents for the incumbents rather than being a mechanism for promoting or encouraging competition,” he said.

This was in part reflective of the time that has passed since design for the NPP framework began, and he noted that the regulatory environment and consumer expectations had changed since then.

“It was announced in 2012 but launched in 2016. It’s been a while coming, and I think what's happened in that time is there’s been a change both in expectation and of government policy,” Mr Nicholls said.

“And it could be. All you need to do is create an access regime.”

For example, the NPP could be open to non deposit-taking institutions, such as Facebook, leveraging the infrastructure.

“This is the one that people don’t like to hear, but potentially Facebook could actually match people who want to transfer money between each other on Facebook and between their banks on Facebook without actually being an ADI,” he said.

He indicated another potential use of the NPP could be its capacity to allow switching between one financial institution to another more easily.

For instance, a non-ADI could make use of the NPP by allowing someone with a Commonwealth Bank account to temporarily switch to a NAB account, he said, but currently “it doesn't help you in switching”.

However, NPPA defended the framework, telling InvestorDaily that it was “designed to be open access and inclusive”.

“The New Payments Platform has a unique layered 'open access' design, which allows for different entities to leverage the platform’s functionality in different ways. Innovative organisations can choose to build upon the platform’s capabilities to develop and launch ‘overlay services’ on the platform,” said NPPA chief executive Adrian Lovney.

“A potential Overlay Service Provider (OSP) does not have to be a current participant, or have any subscribing to their service before obtaining authorisation from NPPA to offer an Overlay Service on the platform,” an NPPA spokesperson said.

Over 60 Australian financial institutions, from the majors “right down to the smallest credit unions, building societies and regional banks” would be rolling out “real-time data-enhanced payment services” predominantly through Osko, the spokesperson added. 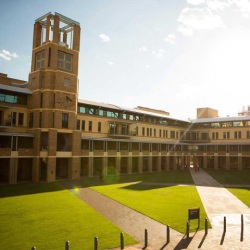