The absence of earnings downgrades coupled with the strengthening global economy have analysts upbeat about the reporting season, which kicks off this week.

The majority of ASX-listed companies will report their half-year results in the coming weeks, and analysts from UBS and Citi are cautiously optimistic.

According to UBS strategist David Cassidy, 'confession season' (the period leading up to reporting season when companies warn investors about impending lower-than-expected earnings) has been relatively benign.

However, Mr Cassidy said there has been a skew towards downgrades, which is "the norm".

Citi analyst Tony Brennan agreed that "no news is good news", pointing out that a quieter December and January than investors are accustomed to bodes well for the coming results.

"There have also been earnings upgrades across more stocks, exceeding stocks with downgrades of late," Mr Brennan said.

When it comes to diversified financials, Mr Brennan said stronger corporate activity in the first half of 2017-18 coupled with strong retail flows and a "more buoyant" equity markets should help the sector's profitability.

"However, platform margin compression and the shift from active to passive continue to be issues for wealth managers and fund managers respectively," he warned.

UBS' Mr Cassidy said the banking sector is likely to drag ex-resources earnings growth down to 5.8 per cent.

Overall, UBS expects Australian earnings growth to be around the 7 per cent mark – which Mr Cassidy described as "decent" but lagging behind the global upswing in earnings growth.

The absence of earnings downgrades coupled with the strengthening global economy have analysts upbeat about the reporting season, which kicks off this week. 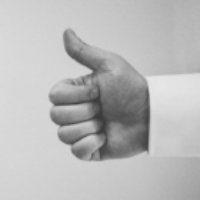