Shifting monetary policy trends from central banks will come with “profound risks” – and gold may be the answer to hedging them, says BNY Mellon.

A number of central banks around the world have already taken steps towards normalising monetary policy, such as the Federal Reserve, the European Central Bank, the Bank of Canada, Riksbank, Norges Bank and “maybe, just maybe, the Bank of Japan”, according to a briefing note by BNY Mellon senior currency strategist Neil Mellor.

However, this policy normalisation is not without “profound risks”.

Central banks would be looking to safeguard against these risks, and “all things considered … any central bank’s preferred risk must surely be an inflation overshoot (relative to target)”.

The monetary policy trend and associated risks could have a surprising effect on investment markets, the note said.

“This segues to gold and the possibility of it being a surprise performer in 2018,” it said.

“After all, in an environment where growth may be expected to garner momentum – underpinned by central banks relaxed about the timing of their mandates and hence the repeal of monetary accommodation – then investors might reasonably conclude that there is an inflation risk to ponder hedging.”

But a number of factors could still work against gold, such as “the materialisation of positive forecasts, an untoward rally in the USD, overzealous policy restraint and geopolitical risks (which are rarely conducive to the performance of gold)”.

“There is also the opportunity cost of holding a return-free asset in the face of rising US interest rates. However, if the global economy has a diminished need for lax policy, then we must at least consider the possibility of a normalisation in inflation, and a traditional role for gold,” the note concluded.

Shifting monetary policy trends from central banks will come with “profound risks” – and gold may be the answer to hedging them, says BNY Mellon. 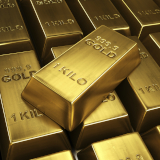