Misperceptions about Asia will cost investors potential opportunities, according to Platinum Investment Management.

Platinum’s latest report, titled The Rise of Asia, warned investors that their “exaggerated concerns” about Asia was leading them to misunderstand growth opportunities in the region and consequently misunderstand the global economy at large.

Report author and Platinum co-founder and managing director Kerr Neilson said growing economies such as China and India meant it could not be ignored on portfolios.

These countries were “surging ahead, growing quickly and doing so mostly with internal funding”, and had further room to “grow and prosper”.

“Yet, they barely feature in many international portfolios,” Mr Neilson said.

“The MSCI AC World Index has a weighting of just 8.4 per cent for Asia ex-Japan, an unjustifiable under-representation given that the region accounts for close to 40 per cent of global economic activity.

“In our view, Asia is the world’s growth driver, and investors cannot afford to miss it.”

Mr Neilson pointed to the sheer size of the economies of China and India.

“When measuring economic output on purchasing power parity, their combined GDP of US$33 trillion is 50 per cent larger than either the US or the EU,” he said.

China, for example, has made leaps and bounds in recent decades, such as improvements in dealing with local bureaucratic bodies, improved quality of education systems, a high number of STEM graduates and more original scientific research, an increased share of the world’s high value-added exports, a lessened dependency on the West for trade, and a ballooning service sector.

“All of these facts point to an Asia that has changed beyond recognition,” Mr Neilson wrote.

A view of the problems in China that was not nuanced would be a “costly mistake”, causing investors to “overlook the opportunities out of a misguided refuge in fear”.

Using China and India as examples, he singled out a number of such misconceptions around the two emerging Asian countries.

“First and foremost amongst these concerns is China’s extravagant use of debt,” Mr Neilson wrote.

“However, unlike many doomsayers, we do not foresee any imminent collapse.”

The central government has sought to simultaneously address bad debt and environmental pollution by “dispatch[ing] some 5,000 inspectors to scour the country for polluting offenders”, leading commodity prices to rise along with “profitability of the remaining higher-quality producers”.

Additionally, many investors still operate under the impression that China is “dominated by inefficient [state-owned enterprises]”.

“The inefficiencies may remain, though there is change afoot regarding shared ownership and management profit participation,” Mr Neilson wrote.

“The proportion of urban residents employed by SOEs is now about 20 per cent, having dropped progressively from 80 per cent at the turn of the century.”

Similarly, at the turn of the millennium, the state produced 80 per cent of China’s industrial output.

“That too has reversed, with the state now producing 20-25 per cent of the physical output while the dominant share of output is coming from an increasingly robust private sector,” Mr Neilson wrote.

While China’s expenditure on infrastructure was “often viewed as wasteful and excessive”, Mr Neilson pointed to the “vast area” and “large population” that required investments in infrastructure such as high-speed rail networks be made in order to reduce bottlenecks.

“If it still feels like ‘over-building’, one only needs to think back to the grand projects of New York or London more than 100 years ago,” he said.

Mr Neilson also forecasted technological innovation in China to “accelerate in the coming decades as the Chinese government turns its policy focus to boost investment and R&D in areas such as renewable energy, electrical vehicles, artificial intelligence and biotechnology".

“Unlike the sporadic ad hoc initiatives that one finds in some Western countries, China appears to have a more coherent policy framework with a longer-term outlook,” he wrote.

“To conclude, it is simply meaningless to discuss the world economy today without properly understanding the tectonic transformation that we are witnessing in Asia.

“It feels as though China and India are occupying the same space that America once occupied in the 1950s-70s, when its sense of purpose, scale and innovation left the staid structures of Europe gasping.”

Misperceptions about Asia will cost investors potential opportunities, according to Platinum Investment Management. 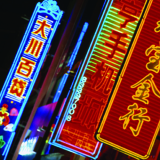