Position now for the ‘sustainable’ revolution

The next industrial transition will present challenges for traditional industries but opportunities for emerging low-carbon sectors, says WHEB Asset Management.

Speaking at the Pengana Symposium in Sydney yesterday, WHEB Asset Management managing partner and chief investment officer George Latham spoke about the opportunities presented by a global economy moving towards a sustainable future.

Citing the work of Venezuelan-based economist Carlota Perez, Mr Latham said the next industrial transition would differ from previous upheavals, which have typically been driven by innovation.

“Each successive period of change of industrial revolution [was] spurred by new innovation: the advent of steam of the railways, the advent of steel, electricity, and so on; oil and gas, it was a cheap source of energy; and the IT revolution, obviously,” he said.

“And each industrial revolution, each successive one, is more far-reaching on a grand scale and more rapid in terms of its rate of adoption.

Since he was born in the 1970s, the global population had doubled, and higher standards of living have created higher levels of consumption and resource use, Mr Latham said.

“That challenge of a growing population, an ageing population, higher standards of living but resource scarcity, is at the root of the sustainability crisis,” he said.

“And that’s what’s driving a transition of the global economy towards a more low-carbon, and more sustainable basis.”

Mr Latham said while this transition was “underway here and now”, different companies and industries would experience varying consequences. 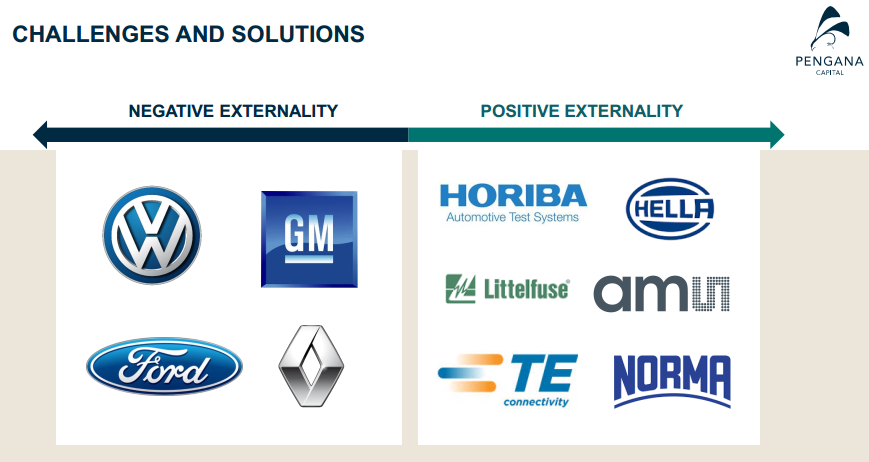 Though these traditional industries confronted challenges, other industries and technologies would “rise up to create opportunities”.

“There are other businesses that are encouraging change, that are contributing to helping enable and benefit from this change … Companies which are part of the solution or companies which are solving those problems, creating positive externalities,” Mr Latham said.

“A lot of that change that we see coming through markets is here.

Position now for the ‘sustainable’ revolution

The next industrial transition will present challenges for traditional industries but opportunities for emerging low-carbon sectors, says WHEB Asset Management.