Sugar the next target for responsible funds

Sugar may become a negative value screen for the responsible investment portfolios of the future, according to Martin Currie Australia.

Speaking in Sydney yesterday, Martin Currie Australia portfolio manager Will Baylis said while sugar was not being negatively screened in their income strategies at present, it could escalate as an issue in years to come.

“I would suspect, down the track, that sugar may well become quite topical,” Mr Baylis said.

In March 2017 AMP Capital released a report that found sugar was emerging as an investment risk for the global food and beverage industry.

“UNPRI (the United Nations Principles for Responsible Investment) are starting to raise the issue of sugar. So that is something that we would have to consider down the track, but we don’t today,” Mr Baylis said.

Extending further, Mr Baylis said junk food could similarly become negatively screened, but that it was harder to screen for junk food than it was for sugar.

“To my mind it may well be someone who manufactures and distributes junk food, but how do you define junk food?” he asked

According to Mr Baylis, sugar was more easily defined.

“If you’re selling lots of products which account for over 5 per cent of your revenues which have got high sugar content, maybe that’s how you could approach it,” he said.

However, he signalled the Australian market in particular might face a number of challenges with screening sugar.

“The US has far more companies that manufacture junk food, that have sugar as their primary source of ingredients for their foods,” Mr Baylis said.

“I think in Australia it’s a screen that while we could have, it probably isn’t going to change much of the excluded list.”

To illustrate, Mr Baylis pointed to the favourable light on gas when contrasted against more harmful fossil fuels.

“Gas is a much nicer, better, cleaner source of fuel today than coal,” he said.

“But if by 2050, or earlier, we’ve got renewables, then clearly gas is not going to stack up against renewables.”

Legg Mason Australia head and managing director Andy Sowerby also commented that new strategies were often borne from a demand from clients for the same product but with different focuses.

“Part of our strategy is creating product diversity and product choice to access capability. And really, the first ethical product was someone saying: 'I really like your income strategy. I like it, I like what it does, but could you consider doing that with an ethical overlay?'”

Sugar the next target for responsible funds

Sugar may become a negative value screen for the responsible investment portfolios of the future, according to Martin Currie Australia. 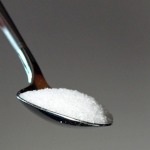