Speaking at a Thompson Reuters event on Thursday, Mr Silk said that superannuation funds had experienced “stellar performance” this year but that this would not continue for long.

“One of the challenges for all super funds, including AustralianSuper, is to convince members that double-digit returns in … the global economic environment that we have, are not sustainable,” Mr Silk said.

While AustralianSuper had delivered “quite fantastic results” this year, Mr Silk outlined a number of factors surrounding the slowdown of growth.

“We’ve got inflation at 2 per cent, we've got sluggish growth, we've got no real wage growth, record low interest rates – these returns are just not sustainable,” he said.

AustralianSuper’s ability to deliver results has been “on the back of equity markets that are rising very strongly”, Mr Silk said.

But the “very important” and “frankly obvious message” he wanted to convey was that “real returns of that dimension are just not sustainable”.

Covering a number of other issues in the event, Mr Silk also vocalised his support of one of APRA’s new responsibilities announced earlier this week that granted APRA powers to act on poor-performing funds.

“To my mind, that’s an unambiguously good thing,” he said.

“Doesn’t matter what sector they’re in – if you’ve got poor-performing funds, in an industry that’s characterised by compulsion and not particularly well-informed members, then it behoves the regulator to act on the poor-performing funds and get them out of the industry.” 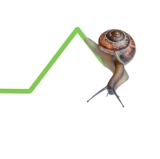