The coming decades could see a 'seismic' shift in central bank policymaking as technological disruption puts downward pressure on inflation, according to HSBC Global Research.

In a new report titled The rise of the digital natives, HSBC economist James Pomeroy warns that labour and goods prices could shift dramatically by 2030, spurred by shifting generational consumption habits.

Specifically, 9 per cent of the global population is made up of ‘digital natives’, people who have spent their entire secondary education in a country with an internet adoption rate above 50 per cent, However, Mr Pomeroy notes that figure is set to climb to 30 per cent by 2030.

“Today's young, digital native generation consumes differently. Having grown up at a time of rapid IT development, it is more likely to adopt disruptive technologies,” he said.

Mr Pomeroy said the increasing rate at which this sector of the population adopts disruptive technology could put downward pressure on inflation through the proliferation of price information and the entry into the market of businesses offering cheaper goods and services.

“This may be a one-off shock in terms of the arrival of the technology, but the impact will persist while adoption rates continue to rise,” he said.

“As technological adoption looks set to continue to rise sharply, there will be pressures on the price of goods, and now services too. In this world the impact on growth will depend on labour markets and productivity, which in turn will drive the policy response," he said.

“Central banks and governments will have to react to this seismic shift as it is simply too big to ignore."

The coming decades could see a 'seismic' shift in central bank policymaking as technological disruption puts downward pressure on inflation, according to HSBC Global Research. 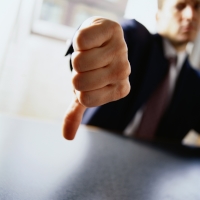