The Nobel Laureate of the 2003 Sveriges Riksbank Prize in Economic Sciences explained: “If you add up the systemic risk of all the publicly traded financial firms that we look at, from about 70 countries, and then we add up all the capital shortfalls of all these companies, you get a big number.”

“It’s climbing to something close to $4 trillion again, which is bad news in terms of financial stability,” Mr Engle elaborated.

Mr Engle also discussed Brexit, explaining that although the global financial volatility generated by the exit vote was short-lived, he believes that the bank capitalisation effects are ongoing.

“We still have the increased risk from Brexit; there’s clearly more uncertainty about the European agenda than there was before and that uncertainty may flare up in the future,” he said.

Further, Mr Engle pointed to global slow growth as a “big concern” and a significant risk to global financial stability.

“From a banking point of view it’s very difficult for banks to lend profitably and so how are they supposed to repair their balance sheets? It’s a major problem. If interest rates are so low, and there is relatively low demand for borrowing, what’s going to happen?”

Mr Engle emphasised that to stimulate the global economy, there is a need for the focus to be shifted away from monetary policy and to fiscal policy solutions.

“Spending that increases growth will lower the deficit. Spending increases the marginal product of capital and can generate private investment,” Mr Engle explained.

“Infrastructure, education and structural reforms are on everybody’s lips; they can do this, they can increase the marginal product of capital, make it look more profitable to the private sector to borrow and invest,” he added. 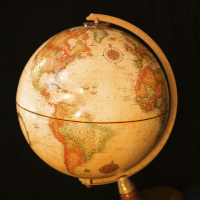