The RBA is likely to cut the official cash rate to 1.25 per cent on 1 November if domestic inflation figures are lower than expected, says AMP Capital.

"We are of the view that the RBA will cut rates again at its November meeting when it reviews its economic forecasts after the release of the September quarter inflation data in late October," Mr Oliver said.

"The risks to inflation are on the downside thanks to underlying deflationary pressures globally and record low wages growth domestically and the Australian dollar is still too high and at risk of further appreciation given the [US Federal Reserve’s] endless delays in raising rates again," he said.

The RBA statement on monetary policy for September, the last by outgoing governor Glenn Stevens, pointed to continuing growth, "mixed" employment data and inflation that is "quite low".

Mr Oliver pointed out that the statement was "surprisingly sanguine" on the residential housing market.

"I would have thought the bounce back up in auction clearance rates in Sydney and Melbourne and renewed strength in housing finance would suggest that this year’s rate cuts have reinvigorated the already hot property markets in those cities suggesting the case for another bout of RBA 'jaw boning' and possible APRA action to cool things down again," Mr Oliver said.

"At this stage the RBA appears more comfortable in waiting for surging apartment supply to cool things down."

Whether or not the new RBA governor Philip Lowe decides to cut in November is a "close call" and will depend on a lower September quarter inflation reading.

"Either way a cut in the cash rate to 1 per cent or below and the adoption of quantitative easing looks very unlikely in Australia," Mr Oliver said.

The RBA is likely to cut the official cash rate to 1.25 per cent on 1 November if domestic inflation figures are lower than expected, says AMP Capital. 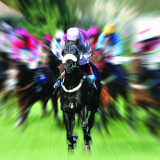