Head of investment strategy at UBS Asset Management Tracey McNaughton said workers, consumers and business leaders have been weighed down by what she called the 'fear factor' since the global financial crisis.

On the consumer side, the savings ratio in Australia has averaged 9.8 per cent of income since the GFC, more than double the average of the 20 years prior to 2008 (3.9 per cent), she said.

"Lower interest rates reduces the cost of debt and so encourages government and corporations to issue longer dated bonds," she said.

"As a result of this, the average duration for most bond indices has increased significantly since the GFC, making these investments more sensitive to changes in market interest rates.

"Based on current yields and assuming no uplift from capital growth it would take an investor in the Australian bond market 22 years to double their investment. The equivalent for an investor in Australian equities is 10 years," Ms McNaughton said. 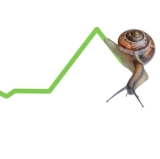