The seemingly inevitable downgrade of Australia's sovereign credit rating from AAA to AA will not diminish the relative attractiveness of Australian markets to foreign investors, says UBS.

In a note to investors, UBS head of investment strategy Tracey McNaughton dubbed S&P's decision to lower Australia's credit outlook from stable to 'negative' as the "downgrade Australia needs to have".

For one thing, it could shock federal politicians out of their "economic slumber", Ms McNaughton said.

"Freed from the constraints of needing to maintain the coveted rating, a downgrade may allow Canberra to focus on longer term challenges such as much needed infrastructure investment," she said.

Most importantly, Australia remains an attractive place to invest – particularly for investors who are constrained from investing in negative yielding bonds, she said.

"The decision by S&P needs to be considered in a relative setting. The UK [Brexit] referendum result confirms we are now in a lower for longer environment for much, much longer," Ms McNaughton said.

"Investors know they have central bank support. Interest rates will be cut (or rate hikes delayed) and quantitative easing will be expanded and/or extended at the first sign of trouble."

As a result, investors will continue to "blindly seek yield from wherever they can get it", she said.

"In this context, Australia still looks like an attractive place to invest. You only have to look at what happened to the Australian dollar post the Brexit result – it immediately fell 2.5 US cents but has since rallied back almost 2.0 US cents," Ms McNaughton said.

"The Australian dollar gave a quick jolt down to the news from S&P this week only to quickly recover. Bond yields barely moved."

The seemingly inevitable downgrade of Australia's sovereign credit rating from AAA to AA will not diminish the relative attractiveness of Australian markets to foreign investors, says UBS. 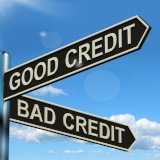