When it comes to forecasting earnings growth, consistently accurate analysts tend to remain 'good', says Thomson Reuters – but those who are 'way off' do not improve.

Thomson Reuters looks at buy/sell recommendations as well as the ability to forecast company earnings, Dr Malinak said – but added that the latter is a much more ‘persistent’ skill.

“People who are good at forecasting earnings are three or four times as likely to stay good at it,” he said.

“Making recommendations is much tougher, and you’re only about 1.1 times as likely to stay good at that,” Dr Malinak said.

Armed with the knowledge that the best analysts effectively stay ‘good’ at their job, Thomson Reuters issues an aggregate forecast using the top analysts.

“It’s better than looking at one individual but it’s even better if you weight better people,” Dr Malinak said.

The same ‘persistent’ phenomenon is apparent among macroeconomists who forecast things like GDP growth, inflation and wage growth, he added.

“Economists are five times as likely to stay at the top or stay at the bottom [of our rankings],” Dr Malinak said.

“That’s because they’re got this huge infrastructure in place, and there’s normally a whole team of macroeconomists building models [for them].

So why don’t the economists who are ‘way off’ lose their jobs? Fortunately for the economists of the world, economic data is very slow to be reported, he explained.

By the time the information has come out, the story has changed eight or nine times and then governments will restate what happened several months ago.

“So it’s actually a tremendous amount of work to go through the archives and find out what the number was,” Dr Malinak said.

Sell-side analysts also tend to revise their growth earnings down by about 1 per cent per month, he added.

“That’s about 12 per cent over the course of a year – but it’s not the same on all stocks,” Dr Malinak said.

“We found that there’s a long-term balance of somewhere around 6 per cent over decades and economic cycles – but that’s probably a little bit lower now because we’re in a low-inflation environment,” Dr Malinak said.

When it comes to forecasting earnings growth, consistently accurate analysts tend to remain 'good', says Thomson Reuters – but those who are 'way off' do not improve. 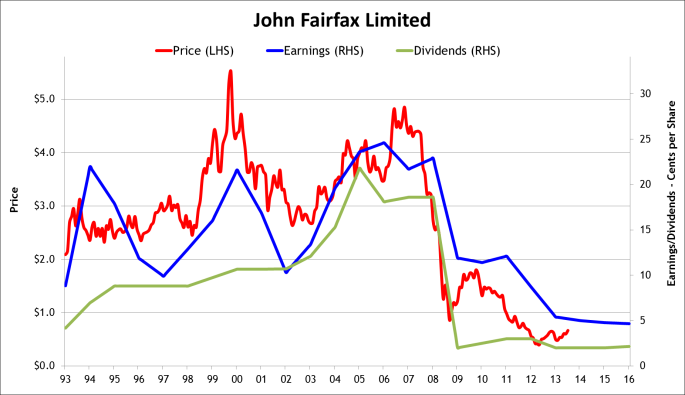