Mark Woodruff and Mark England have taken on new roles at Citi. Citi Australia has announced the appointment of Mark Woodruff as head of markets for Australia and New Zealand, and Mark England as head of its securities services business.

Mr Woodruff currently serves as head of investor sales for Australia and New Zealand, and will move into the new role following the retirement of Luke Randell announced earlier this year.

As head of markets, Citi said that Mr Woodruff would be responsible for developing and implementing regional product delivery strategies for its Australia and New Zealand business, and maintaining a strong risk management discipline and culture while also retaining the responsibilities of his previous role.

“Mark joined Citi more than two decades ago and has held a number of important senior leadership positions in Australia, including head of FX and corporate derivative sales, and most recently as head of investor sales,” said Citi Australia and New Zealand CEO Marc Luet.

“In this role, Mark has consistently increased franchise revenue and market share by driving key client segment initiatives, particularly across superannuation funds and financial intermediaries. Mark is a trusted and esteemed leader both internally and to our clients.”

Citi also thanked Mr Randell for his contribution in a career at the firm spanning more than three decades.

“Luke has led our markets and securities services business in Australia & New Zealand since 2017 where he has created a winning culture, achieved outstanding results, and evolved the business with new products and clients,” said Mr Luet.

Meanwhile, Mr England will become the head of Citi’s securities services business in Australia and New Zealand after the retirement of long-serving executive Martin Carpenter.

Mr England is currently APAC co-head of sales for Citi Securities Services in Hong Kong and will relocate to Australia as part of his new role while also retaining his existing regional responsibilities.

“Mark is one of the most senior leaders in the Securities Services business, with 20+ years’ experience in different roles across New York, Dublin, London, and Hong Kong,” said Mr Luet.

“With a significant number of additional opportunities ahead of us in Australia, we are delighted to be able to locate a senior regional role out of Sydney as a demonstration of our ongoing commitment to the market.”

Mr Luet noted that Mr England’s industry experience and knowledge of the Citi business would be an asset as the firm looks to strengthen its leadership position and growth plans in the securities services sector.

“Securities Services presents a strong opportunity for growth as we enter a new chapter in our business, and we will continue our investment in people, technology, and processes to further cement our leadership position in the local market,” he said.

Mr Carpenter will leave Citi Australia after more than 16 years, including 13 years leading its security services franchise across Australia and New Zealand.

Commenting on the departure, Mr Luet thanked Mr Carpenter for his dedication and commitment to success and said that he had played an integral role in the firm.

“Martin has overseen a tremendous period of growth and development in our business in Australia,” Mr Luet said.

“From a sub-custody-only-focused business employing approximately 30 staff at the start of his tenure, Securities Services is now a multi-product franchise, employing upwards of 340 staff onshore and offshore, ranked no. 2 in the industry, and generating significant revenues.”

Mark Woodruff and Mark England have taken on new roles at Citi. 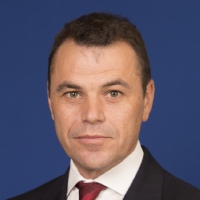