Pendal chairman James Evans has retired after nine years in the role. Deborah Page has been named as the new chair of Pendal Group following the retirement of James Evans as chairman.

Ms Page was appointed as an independent non-executive director of Pendal in April 2014 and has been the chair of the audit and risk committee since 2016.

She has experience as a company director across a range of sectors including funds management, insurance and technology and is currently a director of Brickworks, Growthpoint Properties Australia and Service Stream.

Commenting on her appointment, Ms Page said she looked forward to continuing to work with Pendal’s management team to deliver on its strategic growth initiatives.

“As flagged at our annual general meeting, a significant amount of work has already been undertaken to drive greater scale and diversification, reduce risk and more optimally position the business for growth,” said Ms Page.

“This focus on strengthening the foundations for ongoing and sustainable growth, delivering a superior client experience and driving long-term value to shareholders is central to everything we do as a board and an organisation.”

Mr Evans said that Ms Page’s experience on Pendal’s board over the past eight years would allow for a seamless transition following his retirement.

“With the finalisation of the TSW acquisition, the new group CEO succession successfully completed, and a new director appointed, it is timely to retire from the board,” he said.

“Pendal Group is well positioned for the future, and I look forward to watching the company’s continued growth.”

The firm also announced the appointment of Ben Heap as an independent non-executive director beginning in March.

Mr Heap is currently a director of The Star Entertainment Group and Redbubble, an independent non-executive director of Colonial First State Investments and the independent chairman of CBA New Digital Businesses, a subsidiary of Commonwealth Bank.

He was also formerly managing director for UBS Global Asset Management in Australia and previously held senior roles at the firm based in New York.

“We are delighted to welcome Ben to the board of Pendal Group,” said Ms Page.

“His international experience in the asset management industry, together with his experience in and passion for new technologies will complement the board’s existing mix of skills and experience.”

Last week, Pendal reported outflows of $6.8 billion for the December quarter alongside a $3.5 billion fall in funds under management.

Pendal chairman James Evans has retired after nine years in the role. 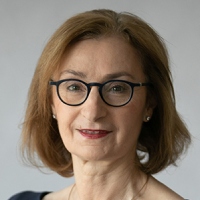