On Wednesday, the credit bureau announced Neill Borg as head of enterprise having already worked at the company for six years.

“Being part of a company that is constantly growing, developing new technology, collaborating with other companies such as Open Analytics, and challenging the status quo is what makes CreditorWatch such an innovative and fun place to work,” Mr Borg said.

CreditorWatch CEO Patrick Coghlan said that Mr Borg is the ideal person to take on the position as the company enters the enterprise space.

“His entrepreneurial character is precisely what is needed to promote our unique offering to this market and take this area of the business to the next level.”

The appointment comes after CreditorWatch launched its Business Risk index (BRI) which measures the insolvency risk of Australian businesses.

Launched on 13 October, the BRI produces “a dynamic measure of future insolvency risk” for 335 regions in Australia and ranks the risk in each region on a scale of 0 to 10.

“This is the first time there has ever been an index that can predict insolvency risk on a regional basis,” CreditorWatch said.

“The BRI is an invaluable early warning system for businesses, banks and other lenders, as well as governments and other public sector agencies.” 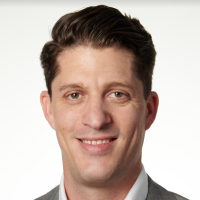