The major bank has appointed a director of BHP and Medibank Private to its board. In a statement, ANZ said it would add Christine Reilly to its board as a non-executive director on 1 November, subject to meeting regulatory requirements.

Ms Reilly was a current director of BHP, Medibank Private, Stockland and the Diabetes Institute. She had also previously sat on the boards of Transurban, CSL and EnergyAustralia.

“Christine is one of Australia’s most experienced company directors and I know she will make a valued contribution to ANZ and our shareholders,” ANZ chair Paul O'Sullivan said.

“Christine has had broad exposure to the financial services industry as well as extensive experience in domestic and offshore companies. We look forward to Christine joining the board in November.”

ANZ said Ms Reilly would stand for election as a director at ANZ’s AGM in December following her appointment. 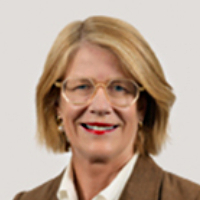