An education industry super fund has appointed a former senior executive of Colonial First State as its new chief executive. In a statement, UniSuper said it had appointed Peter Chun to the role of CEO effective 6 September, following the announcement earlier this year that Kevin O'Sullivan would be stepping down from the role.

Mr Chun had most recently been group head of member growth at Aware Super, and prior to this spent 10 years at Colonial First State in a number of senior roles spanning product, distribution and investments.

The news follows the previous announcement that UniSuper would be opening up its membership to those outside the higher education sector for the first time.

“Peter has worked across all aspects of the superannuation sector and brings immense qualifications, experience and insight to the role. We look forward to welcoming him to the business later in the year,” UniSuper chair Ian Martin said.

Mr Martin thanked Mr O'Sullivan for his “commitment and contribution” to the fund over eight years in the role.

He added that Mr O'Sullivan would remain in the position until Mr Chun comes on board. 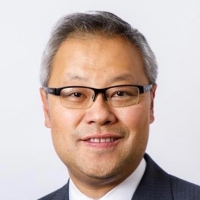