The government’s COVID Commission will turn its eye to the economic recovery with key finance sector appointments. 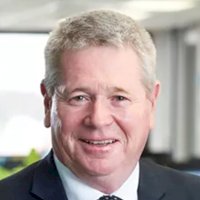 Prime Minister Scott Morrison says the COVID Commission must now concentrate its efforts and expertise on creating “as many jobs as quickly as possible” to accelerate Australia’s recovery.

“When I announced the establishment of the [commission], I said its key task was to fix problems,” Mr Morrison said in a statement. “It has certainly done that – from sourcing personal protective equipment and helping address supply chain challenges to ensuring businesses have the tools to stay open or to reopen safely.”

“Under the leadership of Nev Power as [chair], the [commission] will continue to work closely with business leaders and key industry sectors, focusing on areas where we can make the most gains, most quickly.”

Retired career banker Mike Hirst will cover financial services for the vommission. He held the role of managing director of Bendigo and Adelaide Bank for nine years, and was previously deputy chairman of the Treasury Corporation of Victoria and the Australian Banking Association. He was also a director of Colonial First State Fund Managers, Rural Bank and Sandhurst Trustees, and was appointed to the government’s Financial Sector Advisory Council during the GFC.

KPMG national managing partner Paul Howes will have responsibility for superannuation. Prior to his role as national managing partner, Mr Howes led KPMG’s asset and wealth management practice, leading the firm’s work in the superannuation, asset management and wealth sectors. He has previously served as a director and deputy chair of AustralianSuper.

Samantha Hogg will cover infrastructure and resources, and has held the role of chief financial officer of Transurban since 2012 through the period when the business grew to become a top 20 ASX company. Ms Hogg successfully recapitalised the company in 2008 through the GFC and financed and transacted the $7.1 billion acquisition of Queensland Motorways.

Other appointments include Su McCluskey, for agriculture and regional Australia; Laure Berry, for Indigenous business and procurement; and Bao Hoang, for business (franchising) and healthcare services. 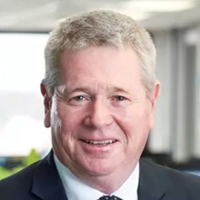