The chairman of a big four bank is now set to retire at the end of the month. 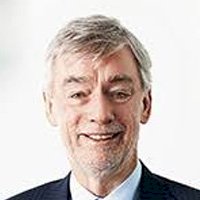 Lindsay Maxsted, chairman of Westpac, will retire from the board on 31 March, with chairman-elect and non-executive director John McFarlane to take his place.

Further, non-executive director Anita Fung has decided to retire from the Westpac board, also effective from 31 March.

Mr McFarlane will also take the role of chair of the board nominations committee from April.

Following the fallout of the money laundering scandal and former chief executive Brian Hartzer stepping down, Mr Maxsted had indicated he would bring forward his retirement into the first half of 2020.

Westpac subsequently appointed Mr McFarlane, marking the Scottish-born banker’s return to the Australian industry after previously serving as ANZ CEO from 1997 to 2007.

He joined the board on 17 February and has worked with Mr Maxsted, the board and senior management on the transition.

Mr Maxsted joined the board in March 2008, has been chairman since December 2011 and during his tenure has served on a number of board committees, including the audit, nominations and risk and compliance committees.

On Mr Maxsted, Mr McFarlane commented: “Lindsay’s wealth of experience and leadership as chairman has been invaluable to Westpac during periods of significant change in the operating environment and I am proud to take over the role of chairman from a leader of his calibre.

“We commend him for his professionalism and commitment to shareholders throughout his tenure and wish him well for the future. I know I speak for many at Westpac when I say that Lindsay’s guidance and counsel will be greatly missed.”

Meanwhile, the also departing Ms Fung joined the group board and Westpac’s Asia advisory board in October 2018 and during her tenure was a member of the board risk and compliance committee.

She has stepped down from the board in the expectation that her commitments in Asia will rise in 2020. Ms Fung will however retain her role as a member of the Asia advisory board.

Mr Maxsted commented: “Anita’s executive management expertise, deep experience in all aspects of banking and knowledge of Asian markets [have] been a great asset to the board.”

“It is unfortunate that the demands on her time from other existing commitments mean that she has had to relinquish the Westpac board role. We thank Anita for her contribution and wish her every future success.” 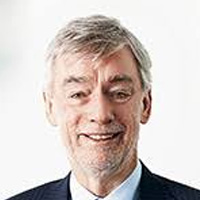