Global funds network Calastone has appointed its new vice chairman, Dan Kramer, with plans for him to spearhead the firm’s expansion across North and South America. 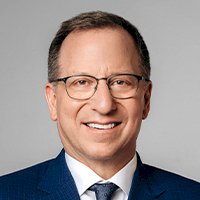 Mr Kramer has joined the company from BNY Mellon, where he held the role of executive vice-president (EVP) and chief client experience officer.

Julien Hammerson, chief executive of Calastone commented the Americas represent a significant growth opportunity for the company, with Mr Kramer to be “instrumental in directing [its] strategy for the region.”

“Bringing our unique technology proposition to the Americas will mark a key inflection point for the ongoing success of our business worldwide,” Mr Hammerson said.

“As a market leader we pride ourselves on bringing together the very best talent and experience in the industry and Dan’s appointment is hugely additive, bringing significant expertise of the American funds sector.”

During his tenure with BNY Mellon, Mr Kramer was also a member of the CIBC Mellon board.

Prior to this, he spent eight years at JP Morgan Chase as head of fund services.

He commented he was excited to be joining the company at a “pivotal stage in its development.”

“In launching the DMI Calastone’s technology has delivered a step change for the global funds industry, which for the first time can benefit from greater market efficiency, friction-free trading and lower costs for all participants,” he said.

“This is a unique proposition which I know can add significant value to the American funds markets which is the natural next step for the company’s growth.”

Mr Kramer will be based in Calastone’s New York office.

The company is headquartered in London and has offices in Luxembourg, Hong Kong, Taiwan, Singapore, Sydney and New York. 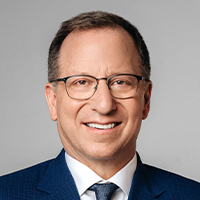 Sarah Simpkins is a journalist at Momentum Media, reporting primarily on banking, financial services and wealth. Prior to joining the team in 2018, Sarah worked in trade media and produced stories for a current affairs program on community radio. You can contact her on [email protected]ntummedia.com.au.