Investment platform Spaceship has made its interim chief executive Andrew Moore its new permanent boss, with its former head indicating he will be leaving the business. 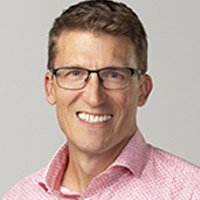 Co-founder Paul Bennetts resigned from the chief role in May but has since remained with the company as chief product officer.

Then chair Mr Moore stepped up to be a temporary replacement interim chief following Mr Bennetts’ resignation, while the company hunted for a new boss.

Mr Bennetts will be exiting the business before the end of August, while retaining a shareholding in Spaceship.

“As a co-founder and shareholder of Spaceship I am extremely pleased that Andrew Moore will be leading the business through its next phase of growth,” Mr Bennetts said.

“I have worked with Andrew for more than 18 months, and there is no doubt he has the passion, skills and focus required to successfully build a technology-driven financial services business.”

The company said the former chairman will use his knowledge of Spaceship to implement its growth plans.

Mr Moore has worked in financial services for more than 25 years, having held roles with Westpac, St George and GE Capital. He has been general manager of retail banking and chief operating officer at St George as well as managing director of GE Capital’s home lending business in Australia and New Zealand.

He was appointed to the Spaceship board in late 2017 and subsequently to the board of subsidiary Spaceship Superannuation.

Spaceship acting chairman Daniel Petre said Mr Moore has the experience, expertise and enthusiasm to drive the company to its next stage of growth.

“He brings a compelling mix of finance, investment and compliance experience and has a proven track record of leading and building teams,” Mr Petre said.

“Andrew knows our strategy and how to achieve our ambitious plans during this early-growth phase of the company.”

Jeremy Kwong, an executive of major Spaceship investor Grok Ventures said the appointment was an important development in the maturity of Spaceship’s business model.

“Andrew has already achieved beyond our expectations as Spaceship chairman and then as interim CEO since May this year,” Mr Kwong said.

The company was launched in 2017 with a team of six employees. It now has around 40 staff, expecting to expand further in the coming year.

Spaceship’s superannuation product, issued by Tidswell Financial Services, now has more than $250 million in funds under management (FUM) after being on the market for two and a half years.

Spaceship’s managed fund product, Voyager, which launched in May, now has more than 48,000 members. The company expects it will pass 50,000 members in the near future.

The firm said the success of the products reflects a strong demand from younger Australians for accessible, easy-to-understand investment and superannuation products.

Mr Moore said Spaceship was intently focused on its core purpose of enabling young working Australians to invest in their future, by giving them engaging and innovative products.

“We have the opportunity to change the way Australians invest for the better, including the whole customer experience associated with investments and superannuation,” he said.

“It is a privilege to accept this role and to lead this growing team.” 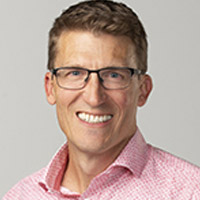