Prime Minister Scott Morrison announced his new cabinet over the weekend, including new faces in the Treasury team to be led by Treasurer Josh Frydenberg. 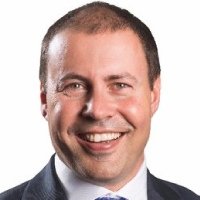 Mr Frydenberg, who has been Treasurer since August last year has stayed on in the position and is now joined by Michael Sukkar MP as Assistant Treasurer and Senator Jane Hume as Assistant Minister for Superannuation, Financial Services and Financial Technology.

Ms Hume’s appointment in particular is of note as it will be the first time there is a minister responsible for the growing fintech sector.

“The economic team will also be supported by Michael Sukkar as Assistant Treasurer and Minister for Housing to implement our First Home Loan Deposit Scheme, as well as more affordable housing and Jane Hume taking to the role of Assistant Minister for Superannuation, Financial Services and Financial Technology,” said Mr Morrison.

In his announcement the Prime Minister said the new ministry would focus on delivering a budget surplus and pay down debt and delivering tax relief for families and small business.

“Our economic team will be led by Josh Frydenberg as Treasurer and Mathias Cormann as Minister for Finance; delivering Australia’s first budget surplus in 12 years and tax relief for hard-working Australians and their families,” he said.

The new team was welcomed by the Australian Banking Association’s chief executive Anna Bligh who looked forward to the overhaul of the code of practice and the open banking implementation.

“The royal commission clearly set out a number of key changes to banking, particularly around the Banking Code of Practice, which the industry have been working tirelessly to implement over the past few months,” she said.

The Association of Superannuation Funds congratulated Josh Frydenberg on getting reappointed to the position and looked forward to working with the new appointments.

“The team is well-versed and in a strong position to deliver effective policy with robust economic outcomes for superannuation and financial services.

“This is especially important at a time when the government is moving to implement significant reform to superannuation including: the bi-partisan commitment to increase superannuation to 12 per cent, the Protecting Your Super package, the recommendations of the royal commission and other pre-election commitments,” said the ASFA.

Ms Hume’s appointment was welcomed by FinTech Australia’s general manager Rebecca Schot-Guppy who was pleased the government had appointed someone to look after the industry.

“Senator Hume’s appointment to this newly formed role is a great step forward for the fintech industry. Navigating policy is a major challenge for fintechs and being able to work directly with a minister will help them better deliver products and services that improve competition and increase financial literacy,” she said.

Outgoing assistant treasurer Stuart Robert, who came under fire for excessive home internet costs, has received a raise and will join the cabinet as Minister for the National Disability and Insurance Scheme and Minister for Government Services. 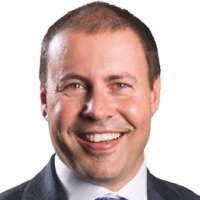 You can email him on: [email protected]dia.com.au