AMP has seen its Audit Committee chairman step down as its Capital business gained a former Apple operations head as senior adviser to its infrastructure equity division. 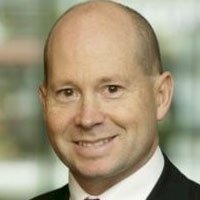 Independent director Geoff Roberts will be retiring from the bank’s board at the conclusion of its 2019 annual general meeting on 2 May.

Andrea Slattery will be replacing him in the role of chairman of AMP and AMP Bank Audit Committees.

Meanwhile, Thomas Preising has taken the role of senior adviser in AMP Capital’s infrastructure equity business as it looks to infotech to streamline its assets operations.

The bank said Mr Roberts’ decision to resign was due to the increasing demands on his time from his executive role at Seek, and as a director of the AMP board along with a number of AMP’s other subsidiaries.

Mr Roberts joined the board in 2016 and has been chairman of the Audit Committee during that time.

He has also held positions as member of the Risk and Remuneration committees and as non-executive director of the AMP Life Board.

More recently, Mr Roberts was appointed to the AMP Bank board, as chairman of the Bank Audit Committee and as a member of the AMP Bank Risk Committee.

“Geoff’s extensive experience in financial services across Australia, Asia and Europe has been invaluable during a period of significant change at AMP,” David Murray, chairman, AMP said.

“We have benefited from his knowledge and expertise and wish him well for the future.”

Based in Delhi, AMP Capital said its new senior adviser Mr Preising will bring his experience of large-scale and efficient business operations as well as his understanding of the tech industry.

Mr Preising was most recently the global business operations director for Apple, having joined the company in 2004.

Prior to that, he had worked at HP for a decade.

“The growth of technology in our lives has fundamentally changed the infrastructure landscape and this is reflected in our investments in towers, broadband, and looking forward, data centres,” Boe Pahari, global head of infrastructure equity said.

“Infrastructure businesses across all sectors have much to learn from the technology industry. In recent years we have invested in improving technology at our assets to improve their efficiency and reliability.

“Infrastructure assets – particularly those with complex businesses, such as airports – will benefit from harnessing technological advances to serve them.

Mr Pahari added that India is a growth market for AMP Capital in 2019, offering opportunities in sectors such as telecommunications and infrastructure health. 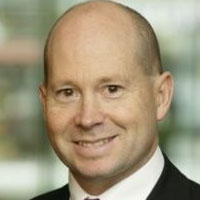