The Crescent Foundation, a charity affiliated with Crescent Wealth, has made a couple of new additions to its board, including the appointment of a former Australian foreign minister and NSW premier as its new chairman. 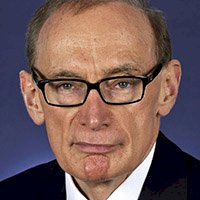 Bob Carr is taking on the role of chair, joining the foundation’s board with Dr Sayd Farook, current adviser to the executive office of UAE Rrime Minister Sheikh Mohammed Bin Rashid Al Maktoum.

BUPA CEO Hisam El-Ansary is meanwhile stepping down from his role on the organisation’s board.

Former Liberal Party leader and economist John Hewson recently joined the Crescent Wealth Board alongside career banker Nicholas Whitlam and chair Emeritus Professor Diane Yerbury AO, who is a former vice chancellor and president of Macquarie University and CEO of The Australia Council.

Mr Carr said he was delighted to be appointed chairman given the foundation’s history of working to assist refugees and migrants from a range of backgrounds with the transition to life in Australia and support for multiculturalism in Australia.

“Australia is a nation of migrants and it is this which is at the heart of our success as a country. Our diversity and recognition of a range of cultures within shared values has made us stronger and richer,” he said.

“The Crescent Foundation has an important role to play as Australia proudly continues to accept refugees and asylum-seekers from around the world.

“It is also committed to helping homeless and destitute people across Australia to break cycles of disadvantage and support themselves. These are worthy goals that deserve support.”

Dr Farook added: “Australia is a strong multicultural country because the values and treasured items of different cultures have been respected and protected here.

“In supporting the Grimwade centre and helping to preserve significant Islamic manuscripts dating to the 13th century, the Crescent Foundation is developing Australia’s capacity to conserve our cultural record.”

The Crescent Foundation was established in 2011 and began distributing funds to not-for-profit organisations from 2013. 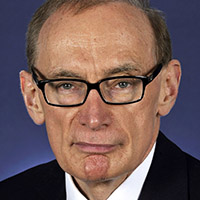