Why demographics are crucial for getting long-term investments right

Global ‘super-drivers’ fuel changes that impact businesses and markets around the world including Australia, and they also hold the key to successful long-term investment returns. So what are they exactly? 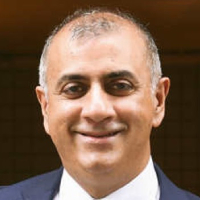 Super-drivers are global, immutable, and enduring forces impacting most parts of our lives and society, usually in ways we can barely detect. Current macroeconomic events and stages of the cycle don’t shift them in any meaningful way. Inflation, interest rates, GDP, etc are shaped by them more than the other way around. A small number of smart companies are aware of these super-drivers and use their understanding of them to influence what they sell, how they sell it, when and where.

There are three key super-drivers at play in the world:

Changing demographics shape the demand and size of a market opportunity for a company’s goods or services. It determines where and when the demand will exist and what is actually desired by most. Knowing the composition of these factors is essential for determining where demand is likely to be greater both today and into the future. Knowing the future trend and likely outcomes in demographic shifts provides two benefits for the investor:

Simply put, knowing the impact of this super-driver helps you pick the future winners and avoid the losers. Let’s now look at how this particular super-driver quietly impacts companies and their future over time:

GenX rules OK! But only for a little while

The dominance of Baby Boomers on markets is rapidly slowing. Within six years, there will be as many GenXs as Boomers. Their values and buying habits are different, like every generation. But in a twist of arithmetical fate, Millennials will have overtaken them both to be the largest generation of consumers globally, a few years after.

Ponder for a moment how those in their twenties have differing values, what they purchase (and importantly what they don’t purchase), the brands they feel strongly about (both good and bad) and so on. Imagine now how this will change the goods and services that will be bought, the quantities that will be purchased, who will be providing them and where and how they will be designed and made.

Peak Child has already passed. Globally, there will never be as many children born as there were in 2011

Yes, that is right. We passed ‘peak child’ back in 2011. Despite Western countries trying all sorts of things (Italy went so far as to trialling paying for hotel rooms for couples for a weekend away), this immovable trend to less children resists all efforts towards larger families. In developing nations the massive success the world has had in lifting people out of poverty also directly means less children per family.

Now consider our globe’s ageing population; yes, we are living longer but all that means is fewer workers producing, serving and paying taxes and more retirees needing support. So, the global workforce is caught in a pincer movement. More are leaving the workforce and less entering. What will societies do with less taxes, less growth, and less consumption (except in health care/wellness)? How will society cope with ballooning welfare and medical costs – and all with far fewer people to do the work? Yet the world will continue to grow in population until around 2080, not from more babies but from older non-workers living longer, born many decades earlier. The impact will be quite profound on most parts of our lives.

On the country front it will hurt

The USA, Russia, Eastern and Western European countries, China, India, Japan and even here in Australia, are all being impacted right now. Take Germany for example, to just keep its current workforce numbers it requires around 1.5 million immigrants per year for the next 10 years or so as the number of retirees increase. Can you imagine how any country’s politicians and populace would respond to that prospect? Like most other developed nations, reproductive growth stands at, or below the replacement rate of 2.1. In places like Japan and Italy, it’s much worse. Whole towns are shutting down, industries and social services are shrinking. Whilst positive immigration by a nation can certainly soften the impacts short term, in longer term, it’s irreversible with negative impacts on societies, economic growth, and financial markets.

It can damage the best and strongest of companies too

Let’s now look at the impact of demographics at a specific company level. Harley Davidson. It once ruled the road bike market and extracted a hefty premium too. It was a market darling; its price steadily rising as Boomers dreaming of ‘Easy Rider’ peaked in number. The trouble was the younger generations did not covet this image or its big, loud, petrol-guzzling bikes.

The real market growth was in Asia and like younger western generations, they simply didn’t want what Harley had, represented or could afford. Harley responded by securing decades-long political subsidies doing what it always did. This has only prolonged the pain for all concerned, except the executives at Harley. It did try to alter its product and focus, but it was too late. They failed to understand demographic shifts in taste, values and where the growth was. Its decline in sales and profits is indeed a sad story that could have been averted had they faced into the super-driver of demographic change.

Super-drivers are behind the global megatrends that have evolved as a result, in various forms. A megatrend is a long running trend that is also powerful, profound, and exerts great change but in more specific ways than the super-drivers fuelling them.

Megatrends help identify industries and the companies within them that are impacted. A few will succeed and most others will ‘surprise’ the market in earnings disappointments and a declining stock price. Insync has identified 16 ‘investment-ready’ megatrends arising from the three super-drivers. Pet Humanisation is one of the 16.

Pet humanisation is a megatrend in most of our households

Pets are not just loved ‘members’ of the family, but are also given almost the same status and treatment as children and partners.

Morgan Stanley found that the $US100 billion pet industry is poised to nearly triple to $US275 billion by 2030 as a result. Impressive numbers from our furry friends and their owners' pay cheques in the US alone.

A recent survey from the American Pet Products Association bodes well for the continued ‘GDP-plus’ growth in the year ahead. A couple of excerpts from that survey:

• Pet ownership is up +14 per cent, new pet brought home during the pandemic

• Spending increased by +35 per cent, spending more on their pets than the previous year

How is Pet Humanisation fuelled by demographics? Millennials are the largest ‘pet parents’ in the world and will be the largest generation by 2030. Households with no children, or no partners, are also on the rise and pets are the substitute. One quality global company benefiting from this megatrend is Idexx Laboratories, they hold a commanding and very profitable share of the world’s veterinarian blood testing needs.

Understanding how super-drivers like demographics fuel the resulting megatrends, like pet humanisation, is crucial for successful long-term investing. It helps reduce the tendency to swap investments and timing risk; and importantly points to future winners while avoiding tomorrow’s losers.

As Canadian ice hockey world champion and legend, Wayne Gretzky said, “I look to where the puck is going, not where it has been or where it is now.”

Why demographics are crucial for getting long-term investments right

Global ‘super-drivers’ fuel changes that impact businesses and markets around the world including Australia, and they also hold the key to successful long-term investment returns. So what are they exactly?