High yield is not a meme stock

What do meme stocks, cryptocurrencies, unprofitable technology stocks, and foreign ADRs with no claims on assets have in common? Collectively, they have become the poster children of speculation and risk for many popular financial news outlets. However, we have been shocked and dismayed to hear high-yield corporate bonds mentioned in the same breath as meme stocks. 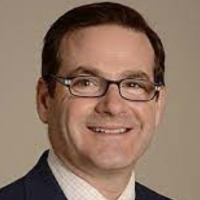 We believe this indiscriminate categorisation of high yield is nonsense and reflects a fundamental misunderstanding of the asset class today. High-yield bonds are not get rich-quick, opaque instruments promising tectonic shifts in how the world looks tomorrow. They are contractual cash flows with stated coupons and maturities, and the asset class as a whole has been tested over many cycles.

We have long made the case for high yield as a compelling diversifier to the standard 60/40 U.S. equity, core investment grade bond portfolio. We have encouraged allocators to consider moving a portion of their equities and core fixed income to high yield. Even though high yield has endured a meaningful drawdown over the last six months, it generally would have helped the standard 60/40 portfolio.

Let us look at performance since November 9, 2021. We pick that date for two reasons. First, that is when some of the most extended financial assets began a precipitous downward valuation adjustment.

Second, that is the first day we have performance for the Solactive Roundhill Meme Stock Index (the “MEME Index”).

…And so does risk

High-yield bonds have less interest rate risk than most fixed income sectors and sit higher in the capital stack than equity. High-yield bonds do have more default risk than the bonds in the U.S. Aggregate Bond Index and the Investment Grade Corporate Index but probably not as much as many fear.

More broadly, inflation is good for credit quality. Inflation reduces the value of fixed-rate obligations. Principal and interest payments are made with nominal dollars, and inflation increases the nominal value of assets and cash flows.

As the high yield market has evolved, credit quality has improved.

During the Global Financial Crisis (GFC) of 2007-2009, less than 40 per cent of the high yield market was rated in the highest BB tier. Now, that percentage is well over 50 per cent. Additionally, we believe that today’s BBs are better credits than the BBs of even five years ago.

To reflect the improved credit quality within the high-yield market, we believe a further adjustment is in order.

Furthermore, the vast majority of high yield bonds were issued over the last two years with low coupons and extended maturities. New issuance this year is down over 75 per cent from last year because high-yield issuers have almost no bonds that need to be refinanced this year or even in 2023 or 2024.

For these reasons, high-yield defaults are currently well below long-term averages, which have also been moving lower over time.

Our judgment is that these factors make a 700-bp spread today more comparable to a 900-bp spread during prior cycles. Tactical investors waiting for a 700-bp spread to begin their moves into high yield may miss the opportunity. With defaults so low and fundamentals, such as interest coverage and leverage, still strong, investors have to question how wide can spreads actually get. The issuers are extremely reluctant to issue bonds at prevailing rates, which may indicate an opportunity for investors at these rates.

Post-GFC, 7.5 per cent yield-to-worst has been a good starting point for high yield

Yield-to-worst is typically the yield metric that we discuss with the high-yield market. For most of the post-GFC period, the average dollar price of the High Yield Index has been above 100 cents on the dollar. Because most high yield bonds can be called before maturity, yield-to-worst is more likely when the price is above 100 cents.

Today, the average dollar price of the High Yield Index is 92.48 cents. When the dollar price is that low, the upside price appreciation potential is higher relative to the downside potential. The yield-to-outcome is more likely to be better than the yield-to-worst.

We are most likely late cycle, which is when we typically see increased mergers and acquisitions (M&A) activity. If a high-yield issuer is acquired, the bonds frequently appreciate above 100 cents, making the yield-to-outcome materially higher than the yield-to-worst if the bonds were well below par. “Jump risk” or event risk works both as a negative from defaulting and a positive from acquisition. Private equity is sitting on a war chest of capital ready to deploy as are private credit and SPACs, which have a short window to deploy capital.

We are seeing strategic acquisitions ramping up with HP Inc. set to acquire Poly, formerly known as Plantronics, and Intercontinental Exchange to acquire Black Knight. Private equity is pouncing with Thoma Bravo acquiring SailPoint Technologies, and debt capital to be provided by private credit firms, including Golub Capital and Blackstone. Apollo is buying Tenneco Inc. Even Elon Musk may want Twitter.

Legging in to high yield as yields approach 8 per cent, 9 per cent, and 10 per cent may be one strategy to overcome concerns about timing. The High Yield Index experienced its strongest rally of the year as the yield-to-worst approached 8 per cent and the option-adjusted spread approached 500 bps. If we reach a 9 per cent yield-to-worst, it is possible the spread will be much higher than 600 bps. That is because the five-year Treasury yield has increased to 2.85 per cent from 1.26 per cent at the beginning of 2022.

If the five-year Treasury yield moves materially lower, and the High Yield Index yield-to-worst approaches 9 per cent, the spread might increase at a faster pace than the yield-to-worst.

As a result, we prefer to buy points based on yield rather than spread at this time.

High yield is not a meme stock

What do meme stocks, cryptocurrencies, unprofitable technology stocks, and foreign ADRs with no claims on assets have in common? Collectively, they have become the poster children of speculation and risk for many popular financial news outlets. However, we have been shocked and dismayed to hear high-yield corporate bonds mentioned in the same breath as meme stocks.