Daunted by sharply rising and not-so-transitory inflation, global central banks are in various stages of unwinding ultra-easy monetary policies, and many countries are learning coping strategies for “living with COVID-19.” These moves toward normalizing economic activity make China stand out even more. With inflation being relatively benign, China has prioritised stability and safety in a highly political year. It is the only country that still insists on resolute “zero COVID-19” policies and reluctant policy easing. This policy divergence likely will have significant investment implications for financial assets in both developed and emerging market (EM) countries.

As the first in on COVID-19, China was also the first out in unwinding the related economic easing, launching multi-faceted, full-throttle tightening in November 2020. However, it reversed to an easing bias in July 2021 due to the renewed growth slowdown. But easing has been targeted and reluctant, hardly offsetting the property market woes and various regulatory clampdowns. Now, China faces daunting challenges as a new Omicron outbreak goes head-to-head with the zero-COVID policy.

The much-awaited Politburo meeting on 29 April 2022, maintained the 5.5 per cent growth target but acknowledged increased challenges from COVID-19, US Federal Reserve (Fed) tightening, and the Russia-Ukraine war, and called for stronger policy support to stabilise the economy.

Here are the major easing signals from the meeting:

• Complete rectification on internet platform companies and shift to normal supervision: The harsh clampdown will pause for the time being.

Despite frequent vows from policymakers to ensure stability, China’s easing policies have been underwhelming and focused on the following:

• Focus on fiscal rather than monetary easing: Considering the Fed and some other central banks are tightening to contain inflation, China tried to stave off portfolio outflows triggered by narrowing interest rate differentials. As a result, interest rate and reserve requirement ratio (RRR) cuts have been very limited. Easing has expanded the quantity of credit rather than the price of credit. Consequently, credit lending picked up in January and February 2022 after the credit impulse bottomed in late 2021. Fiscal easing has played a major role and has been front-loaded to early this year with a special bond issuance quota to be completed by September 2022. Spending has been concentrated on building a modern infrastructure system and tax/fee cuts for SMEs.

• Focus on stimulating corporations rather than households, and supply easing rather than demand easing: Little has been done to boost household disposable income and spending, despite the job market weakening to 5.8 per cent unemployment, a historical high. As a result, disposable income growth has slowed, and households have been increasing their propensity to save, negatively impacting consumer sentiment and spending.

• Focus on targeted easing rather than across-the-board easing: Policymakers have been restraining from broad easing, fearful of stimulus leaking to property market speculation. Instead, targeted easing has been applied to favored growth sectors, like green energy, high-end manufacturing, innovative technology, inland rural development, etc. Meanwhile, the property sector’s woes continue. Policymakers at the National People’s Congress meeting in March 2022 resolved to stabilize the economy in a critical power-transition year and reverse 2021’s multi-faceted tightening. However, despite an ambitious growth target of 5.5 per cent, a “do whatever it takes” mantra, and repeated vows of easing, the measures have been disappointing and reluctant.

Will the April Politburo meeting come to be seen as marking an inflection point? China’s biggest gamble: resolute COVID-19 control China faces many challenges in achieving the 5.5 per cent growth target, but the primary risk is its resolute zero-COVID policy. In early April, more contagious variants prompted various degrees of lockdowns in cities that had accounted for roughly 40 per cent of China’s gross domestic product (GDP), including Shanghai, a city of 25 million.

Since then, the situation may start to improve on the margin, but the restrictions on mobility threaten supply chains, sentiment, and consumption and pose the most severe threat to China’s economy, with likely spillover effects on global growth. Understanding China’s dogged commitment to its zero-COVID stance requires an acknowledgement of the policy’s early relative success before March 2022, often attributed to the Party’s strong governance, and President Xi’s priorities for this political year of stability and safety with growth secondary. However, the motto of “human beings can conquer nature” is failing to overcome growing discontent among the populace, especially when there is no clear exit plan on the horizon.

Policymakers, becoming more cognizant of the heavy blow to supply chains and logistics, also are calling for a more scientific and targeted approach. The government needs to ease more decisively to mitigate the economic impacts of its zero-COVID policy, including issuing more fiscal relief and consumption support. Conclusions with investment implications zero-COVID policy is likely to stay until the political transition is completed in early 2023.

Also, easing measures likely will remain reluctant and targeted for fear of inflating asset bubbles and triggering financial systemic risk. With many global central banks tightening, the People’s Bank of China (PBOC) will have limited room for interest rate cuts. The messages out of the April Politburo meeting are encouraging, but there is a sequence to follow to enable those easing policies to be effective. Policymakers must contain COVID-19 first or adopt a more sensible approach to coexist with it.

In the meantime, we think the ability of supportive measures to boost global growth and risk assets, especially commodity prices, will be limited.

We think RMB has more room to depreciate against both USD and the China Foreign Exchange Trade System basket, facing many pressures from the following forces:

Not only is RMB’s valuation rich, but the PBOC is allowing depreciation by fixing RMB lower on a daily basis, albeit at a gradual pace. The recent yuan (CNY) depreciation against USD is the largest since the last two depreciation cycles of 2015 and 2018. The interest rate differential between China 10-year and U.S. 10-year government bonds has turned negative, reducing the carry and triggering portfolio outflows from Chinese bonds and equities.

However, the real yield differential is still positive.

We do not think the PBOC will devalue the currency to enhance China’s export competitiveness. The rise in China’s share of global exports has accompanied an uptrend in the RMB real effective exchange rate (REER).

Hence, export competitiveness has not been hampered by CNY appreciation. However, the PBOC likely will allow RMB to be driven more by market forces while managing the pace of depreciation. To slow the pace of depreciation, the PBOC recently lowered the foreign exchange reserve ratio by 100 basis points. A relatively stable RMB is necessary since China still strives for internationalisation in its currency. The recent weakness has been driven more by the strong USD, weaker JPY, and COVID-related economic weakness.

We believe CNY still has room to depreciate against the CFETS basket as the ratio over 102 still looks elevated to us.

Are we in for the third RMB depreciation cycle?

By comparing the two depreciation cycles, we learned that RMB depreciation may still be in an early stage with more room to go, given the macroeconomic similarities to past cycles. We believe this depreciation should exert downward pressure on other EM currencies, especially Asian EM currencies. However, policymakers, learning from past mistakes, should have stronger command of financial tools to contain risks.

2. Government bonds: We are neutral on Chinese government bonds. The PBOC injected enough liquidity, keeping interbank rates very low. The short end of the yield curve is well anchored, and we expect to see some curve steepening. Prior to the Russian-Ukraine war, Chinese bonds were behaving like alternative safe-haven assets, with high Sharpe ratios and low correlation with global bond markets over the long term. However, we believe valuations are relatively full at this point and do not reflect the geopolitical risk premium related to China’s ties with Russia. Recent foreign capital outflows from both China’s equity and bond markets are somewhat concerning, even though foreign investors’ share of China’s bond market is only around 9 per cent. While COVID-19 and geopolitical risks remain, we believe China’s growth should stabilise around the third quarter, albeit at a lower level, with inflation contained due to weak domestic demand. We believe the yield on the China 10-year government bond can end this year around low-to-mid 3 per cent, on par with the U.S. 10-year Treasury yield. The interest rate differential likely will not diverge too much from here.

3. Property developers:  As for Chinese high yield property developer names, we believe it is a game of survival. Property sales are still on a downward trend but may stabilise by year end with more defaults of weaker developers. Few developers boast sound balance sheets. Some state-owned enterprises (SOE) or high-quality private names with better balance sheets and no imminent maturity pressure may look attractive.

4. Equities:  For Chinese equities, we suggest following the “visible hand” by focusing on sectors favored by China’s strategic development, i.e., infrastructure, green/clean energy, high-end manufacturing, rural and inland development, and advanced technologies. Despite the Politburo message suggesting a shift to more normal oversight, we recommend caution on internet platforms, property developers, insurance, and other sectors that may continue to face regulatory pressures.

With regard to real estate, we believe the years of extreme boom and bust are over. China’s real estate market should become more plain-vanilla and more dominated by SOEs. Policymakers likely will not allow sharp moves in housing prices—in either direction—and will not use housing as a stimulus tool. Once its best line of defense in controlling the impact of the pandemic, China’s zero-COVID policy has now become its biggest economic threat. China must either emulate other countries’ strategies for living with the virus or introduce more sweeping stimulus to outweigh the policy’s negative impact on growth—or some combination of the two.

Since China is unlikely to completely abandon its zero-COVID policy this year, we believe the government needs to offset the economic harm by overcompensating in terms of fiscal relief and consumption support. Therefore, we believe some of the easing measures from the Politburo meeting will be implemented. It will be a challenging balance, but all things being equal, we expect the Chinese economy to stabilise later in the year, although at a slower rate of growth.

Daunted by sharply rising and not-so-transitory inflation, global central banks are in various stages of unwinding ultra-easy monetary policies, and many countries are learning coping strategies for “living with COVID-19.” 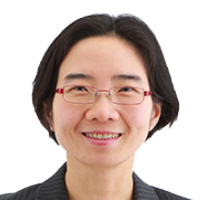