When the Reserve Bank of Australia (RBA) lifted rates recently for the first time since 2010, many investors and analysts were not surprised by the move, but rather, by the quantum. The strong inflation read for the March quarter saw consensus bring forward its expectation of a rise from June to May, but for it to be just 15 basis points, or 0.15 per cent. When the RBA announced a 0.25 per cent move, it rattled investors. All around the globe, monetary settings are being tightened. Central bank balance sheets are shrinking, and interest rates are beginning to rise. The culprit is of course inflation, and it is the coming period of elevated inflation and rising interest rates that will play a key role in shaping investment market outcomes.

Interest rates are being adjusted from a very low base and some investors are trying to rationalise that this is not a bad thing because economies have improved and, even after several hikes, rates would still be low relative to history. While holding a "glass half full" outlook is great for sentiment, aggressive rate hikes would undoubtedly cause havoc in financial markets, such as in 1994. This was a difficult time for shares and utterly diabolical for bonds.

In all likelihood (notwithstanding the material impacts of the Russia -Ukraine war), inflation will finally slow in the second half of this year and this should be enough for the RBA to take its foot off the interest rate accelerator – especially if wage growth remains modest.

But there are fears that the RBA could seek to quickly restore its credibility on the inflation-fighting front and hike rates too far, slamming the brakes on the economy and, with it, on company prospects. This would hurt share markets and debt markets alike, with high yield credit taking the brunt of the impact in the case of the latter.

Some investors are already wary of this playing out, particularly in overseas markets, where credit spreads had sharpened abruptly, leading to steep losses. Equity risk premiums – a measure of the required rate of return to invest in shares – in developed and emerging markets have also increased over the last few months.

While value appears to be emerging in bond markets, long duration bonds remain out of favour as risk-free rates continue to rise. At time of writing, the yield on a US 10 Year Treasury Note had leapt to almost 3.2 per cent, while the 10 year Australian Government Bond yield had breached 3.6 per cent. Both are more than double their implied yield from just six months ago. These moves help explain the sell-off in tech stocks and long duration growth equities, more generally.

Rising rates in money markets are also leading to a strengthening of the US dollar, which is seeing large flows out of emerging market equities. At a time when food and energy prices are rising, weaker local currencies make imports yet more expensive. This is hampering the post-pandemic recovery of those economies and places pressure on their interest rates to maintain differentials. Thus, the outcome is generally negative for most emerging market equities by curtailing demand, but also by increasing credit default risk, thereby destabilising emerging market debt.

But, it is not all bad news in emerging markets as some countries, such as Brazil and Nigeria, have a strong exposure to energy, resources and agriculture. Meanwhile, nations like India and Sri Lanka, which heavily rely on imported energy, face difficult times. Sri Lanka is already in crisis, though much of that seems to be of its own political making, while India seems to be positioning for cheaper Russian oil.

In 2022, commodities have been the best performing asset class. This is due to the post-COVID cyclical rebound, but also due to its real asset qualities, which investors tend to favour as a partial inflation hedge. This leads us to expect that domestic shares would outperform global peers in 2022, among an environment of heightened volatility. Australia's major banks are also expected to be direct beneficiaries of the RBA's tightening cycle through an improved ability to expand interest margins. History shows that banks tend to do well when real yields are rising.

But, overall good performance will only result so long as the RBA does not plunge Australia into a deep recession.

Other asset classes with real asset properties, such as infrastructure and listed real estate have performed reasonably this year in local currency terms, but property trusts are just beginning to capitulate. As sentiment sours, cap rates look unlikely to get any tighter and funding costs have already risen.

Finally, we touch on cash. While investors in this space are locking in a negative real return, it is a small price to pay to shield from volatility and to preserve capital for redeployment when the appropriate time arises. And it will arise. It always does, particularly for the patient investor. Because over the long term, financial markets tend to rise more than they fall.

When the Reserve Bank of Australia (RBA) lifted rates recently for the first time since 2010, many investors and analysts were not surprised by the move, but rather, by the quantum. The strong inflation read for the March quarter saw consensus bring forward its expectation of a rise from June to May, but for it to be just 15 basis points, or 0.15 per cent. When the RBA announced a 0.25 per cent move, it rattled investors. 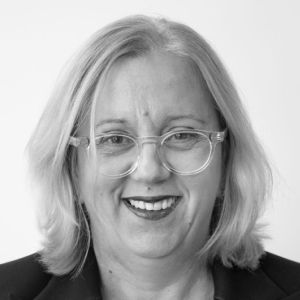