Are we making genuine and sufficient progress on reducing the human risks of climate change? A close look at the progress on addressing climate change reveals a more nuanced story of improving trends and intriguing beginnings. A combination of human ingenuity, changing patterns of production, shifting attitudes and market forces may yet produce positive outcomes. The story is even more important when we pause to consider how crucial energy is to our wellbeing. It heats and cools our homes and places of work, and it fuels our transportation on land, water and in the air. It makes our computers and smartphones work. And according to the Environmental and Energy Study Institute, roughly 80 per cent of global human energy consumption is derived from fossil fuels—the ones emitting greenhouse gases.

The cost of energy transition is manageable

Perhaps the biggest challenge of transitioning our energy production from fossil fuels to cleaner energy source is that the cost appears quite large. Estimates show the world will spend upwards of $50 trillion on alternative energy sources, new forms of energy transmission and networks of electric vehicle charging stations—among others—to achieve the aim of stabilizing world temperature change by 2050.

However, spread out over global gross domestic product (GDP) through 2050, $50 trillion represents only about 2 per cent of annual world output. This cost of mitigating climate change must be compared with the cost of not doing so. According to a recent study by Swiss Reinsurance, the total economic cost of not addressing climate change by the middle of this century could amount to 10 per cent of world GDP. As described in the report, climate change impacts economies systemically through physical and transition risks. Physical risks include property damage, disruption to trade due to severe weather events, and lost productivity due to rising average temperatures. Transition risks result from the adjustment to a low-carbon economy, including changes to how society deploys resources, uses technology and rolls out regulation.

Like the major infrastructure spending plans of the past—such as building roads, highways, airports, shipping ports and space exploration—the investment in climate change mitigation is apt to spin off a myriad of innovations. Many of these plans will boost productivity, growth, employment and living standards. Investment is a positive sum that we believe almost always pays—often unexpected—dividends.

Still, the future is unknown, and the challenges are daunting. Because we are utterly reliant on energy for our wellbeing, it is easier to conclude that we cannot change our habits or will be unwilling to make sacrifices to achieve better outcomes for ourselves and future generations. However, the evidence suggests otherwise.

Consider first the fact that total carbon dioxide emissions in Europe peaked nearly 30 years ago and have been declining since. More recently, that trend is evident in the United States, where emissions topped out around 2005. Even in China, carbon dioxide releases appear to be slowing in the past half decade.

Critics counter that polluting industries have simply been moved offshore to other countries where carbon dioxide emissions are soaring. That is partly correct. But signs that China is also seeing a slowing of its emissions suggests to us that other factors may be at work.

One is efficiency. The carbon intensity of the economy has been dropping in all advanced economies for nearly a half century. In the United States, for example, it took an average of nearly 14 British thermal units (BTUs) to produce one dollar of GDP in the early 1970s. Today, the corresponding figure is less than 6 BTUs. Moreover, the carbon intensity of various industries has fallen sharply in recent decades. Industrial activity in the United States emits roughly 25 per cent fewer carbon dioxide particulates today than in the 1970s. Electric power generation has cut carbon emissions by 40 per cent, with half the gains reaped in just the past dozen years.

Energy switching is playing a role. Four decades ago, over 90 per cent of US energy was fossil-fuel derived. Today the figure is 80 per cent and dropping and much of the remainder has been transitioned from dirty coal to natural gas. Renewable sources of energy are gaining traction, largely based on price. Since 2010, the cost of wind-produced electricity has halved while the price of solar electricity has fallen by more than 70 per cent. Subsidies for producers and consumers play a role, but compared to recent surging prices for gasoline, home heating oil and natural gas, alternatives are rapidly becoming price competitive.

Methods for pricing energy are evolving

Historically, there has not been an economic cost to emitting carbon. Making polluters pay for emissions is a powerful way to reduce pollution. Carbon pricing is one answer and that has been adopted in many countries. In The Carbon Price Solution, written by my colleagues Ben Meng and Anne Simpson, 40 national and 25 subnational jurisdictions have put a price on carbon, covering about 15 per cent of global greenhouse gas emissions. In addition, there are at least 46 carbon-pricing initiatives in various stages of implementation (including in major economies like China and Brazil), with around 25 per cent of global emissions are set to be subject to a carbon pricing.

Another mechanism to internalize emissions costs is “cap and trade” policy, where polluting industries are granted permits to emit greenhouse gases but ceilings (caps) on total emissions are put in place. If a firm wishes to exceed its cap on emissions, it must first purchase a permit from a firm that can stay beneath the emissions ceiling. As the cap is gradually lowered, the demand for permits rises, while the supply shrinks (given that even efficient firms must operate under more stringent limits), leading to higher permit prices. Both inefficient and efficient firms are equally motivated to cut emissions—the inefficient because the cost of polluting has gone up, and the efficient because the profits from selling valuable permits are rising.

Cap-and-trade systems are viable. One such system all but eliminated acid rain in the Eastern United States over the past three decades as the cost of sulfur dioxide permits reached levels that forced firms to change their habits. Another eliminated leaded gasoline in the United States during the 1980s. Incentives, as any economist knows, work.

For carbon emissions, cap and trade is relatively young, having been introduced in Europe some two decades ago. Today, various countries have introduced cap and trade models, including the United States, China, much of non-China Asia, and others. Indeed, according to a World Bank study, 20 per cent of total global carbon emissions activity in 2019 is now covered by cap-and-trade mechanisms.

Lastly, climate risk transparency is critical for stakeholders to make informed investment decisions. Recent actions by the Securities and Exchange Commission (SEC) in the United States are leading toward a future where companies will be required to assess and disclose the entirety of their environmental exposure. As Anne Simpson, global head of Sustainability at Franklin Templeton, recently said, “If information is the oxygen of financial markets, then the SEC has just provided a welcome blast of fresh air that could revitalize capital allocation for the benefit of all.”

So, what is one to conclude? Underestimating human adaptability is why past predictions of our demise due to overpopulation, mass starvation, or other environmental ruin have proved wrong. Humankind is already taking the first steps to change attitudes, incentives and behaviours. That’s how all great change happens. But, of course, there is much more that can and needs to be done.

Are we making genuine and sufficient progress on reducing the human risks of climate change? A close look at the progress on addressing climate change reveals a more nuanced story of improving trends and intriguing beginnings. A combination of human ingenuity, changing patterns of production, shifting attitudes and market forces may yet produce positive outcomes. 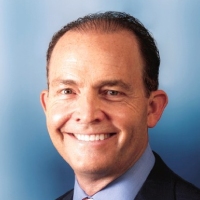