Interest in green hydrogen has risen sharply as its many vocal supporters back it to slow the climate crisis but finding investment value requires a deep understanding of the market with opportunities currently few and far between. Interest in hydrogen has ballooned as the world looks for ways to solve the growing climate crisis and cut carbon emissions, but successful investing in this rapidly emerging sector requires a lot of deep industry analysis and the opportunities, while there, can be difficult to spot.

That the sector has strong growth potential is not in dispute. The COP26 meeting in Glasgow last year saw countries across the globe commit to net zero emissions by 2050, set stronger targets for emissions cuts by 2030 and pledge to reduce the use of fossil fuels.

High profile business leaders like Andrew “Twiggy” Forrest, founder of Fortescue Metals and one of Australia’s richest men, has outlined plans to produce huge quantities of so-called “green hydrogen” using renewable energy. While three of Australia’s top four trading partners – Japan, the Republic of Korea and China – have already made clear commitments to use clean hydrogen to decarbonise their economies.

Globally, industries such as shipping, steel making, and chemical production see green hydrogen as a long-term alternative to their dependence on fossil fuels. However, demand for it as an energy carrier is still small, with niche applications like fuel cell vehicles yet to take off.

Hydrogen is in fact already a significant industry with worldwide production today of about 70 million tonnes per year. A further 48 million tonnes is produced mixed with other gases as a by-product of industrial processes.

However, even green hydrogen might not be the universal energy solution a lot of people think it is because it still faces several significant challenges, the first of which is cost: It won’t be economic for some time yet.

Green hydrogen is currently substantially more expensive than hydrogen produced from natural gas and coal. Costs are coming down but it's likely to take another decade or more before these get to levels competitive with fossil fuel-based hydrogen, and longer again before these might reach a level to rival natural gas as an energy source.

Early applications of green hydrogen will likely focus on large projects to replace existing usage of the grey hydrogen currently being produced.

Hydrogen’s lower energy density and very low boiling point also mean that hydrogen faces significantly higher transport and storage costs compared to natural gas. On top of the significant efficiency losses in converting electricity to hydrogen, pressurising and liquifying it, and converting it back into electricity further reduce its economic viability. Finally, there’s the issue of the infrastructure that is needed for a hydrogen-led economy which has largely yet to be built.

On top of these challenges is the significant capital investment required to produce green hydrogen, which will rely on massive investment in new renewable energy generation that is in addition to that required to decarbonise electricity supply.

However, in the absence of cheap and scalable carbon capture and storage, there is no viable alternative to decarbonising many parts of the economy. In short, hydrogen is likely to be a solution in those that can’t be electrified. Governments have recognised this and are making significant commitments to help the industry to overcome the economic challenges.

The industry is set to grow quickly with tens of billions of dollars of government funding committed over the next decade and from an investment perspective there are many areas to look at. These include suppliers of equipment and transport to the contractors involved in building hydrogen projects, gas suppliers who will own and operate the projects and utilities and power producers wanting to move into the industry.

We are most cautious on the investment case for the electrolyser suppliers. These are the firms providing the equipment and systems that use electricity to break water into hydrogen and oxygen. The industry today has similarities to that of renewable energy equipment manufacturers producing solar panels and wind turbines a decade ago, in that it is highly fragmented with low barriers to entry and low capital costs, which will lead to significant over-capacity.

In the short term, companies participating in large hydrogen projects co-located near end user demand and near a renewable supply. Most of these projects are likely to be heavily subsidised and selected by national funding programs that aren’t yet promoting significant price competition. In the next few years, this may favour some of the existing Western equipment producers, but as the industry matures, the excess value created by the subsidies will probably accrue to project owners and developers and not so much the equipment suppliers.

Stocks in the frame

Specific stock examples include the leading industrial gas businesses that are today the largest suppliers of hydrogen to existing markets. These include Air Products and Chemicals (NYSE: APD), which announced the world’s largest green hydrogen project in 2020 and Air Liquide (AI:EN Paris), the number two player in hydrogen globally. Smaller Japanese industrial gas business Air Water Inc (4088: JT) is also well placed to benefit from growing hydrogen demand as a gas supplier and as the leading provider of cryogenic storage equipment in the US.

Abundant clean hydrogen will present the opportunity to decarbonise sectors currently dependent on coal, gas and liquid fossil fuels, to revitalise old industries and start new ones. However, grand plans to export green hydrogen to the world are likely unfounded given the transportation costs and challenges and Australia’s opportunity is more likely to be in local usage.

To achieve the widespread adoption of green hydrogen necessary to reach net zero targets and for the companies in that sector to achieve their full potential, we are eventually going to need a high carbon price. And that looks still to be some way off.

Interest in green hydrogen has risen sharply as its many vocal supporters back it to slow the climate crisis but finding investment value requires a deep understanding of the market with opportunities currently few and far between. 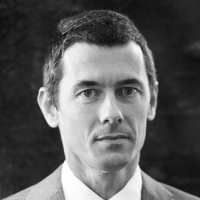