China gets ready with macro levers to manage credit crunch

The likely long-term fallout from the credit crunch currently affecting highly leveraged Chinese property developers Evergrande, Fantasia and Kaisa is becoming clearer as the situation comes to a head. Our view is that a shake-up in the Chinese property development sector will have a meaningful supply-chain impact on the country’s economy but the fallout will be manageable and contained.

The property developers’ debt problems are occurring amid a soft patch in China’s growth cycle, giving rise to questions about whether there will be a contagion effect.

We believe China’s overall economy will remain resilient for a number of reasons. First, the real estate development industry in China is highly fragmented and geographically dispersed. The top 10 property companies in China account for about a quarter of industry market share. In developed markets, the top 10 property developers typically have a 50% share.

Second, Chinese mortgage market fundamentals are sound. Unlike the US sub-prime mortgages that played a big role in the 2008 global financial crisis, Chinese homebuyers borrow on modest loan-to-valuation ratios, typically 50% to 60%, and lenders have full recourse. The repackaging of loans into complex financial instruments—which was also a key factor in 2008—is not present in the Chinese situation.

Third, Chinese banks are prohibited from lending to property developers for land purchases. Chinese developers typically fund these investments by issuing US-dollar-denominated bonds in the Asian bond market. The Chinese banking system’s exposure to these defaulting developers is low.

The key risk for the Chinese economy is not the collapse of these companies but a tightening of lending for the entire sector. This would significantly impact China’s long economic supply chain (e.g., construction companies, subcontractors, steel makers, etc.).

Our view is that the Chinese authorities are highly cognisant of this fallout risk and have macro levers to pull should there be a need for countercyclical measures. These measures could include additional cuts to the bank reserve requirement to encourage lending to the property sector and an easing of the policy rate. In addition, state-owned Chinese banks can be directed to extend credit to homebuyers and to shorten mortgage disbursement wait times to help ease cash flow pressures on developers.

The ability and willingness of Chinese policymakers to navigate the vagaries of GDP growth are strong. We expect activity to rebound from the current soft patch to post full-year GDP growth of about 8% for 2021, which is a decent outcome in the context of COVID-19 challenges. We expect the authorities in China to remain committed to achieving a stable growth path over the long term.

China gets ready with macro levers to manage credit crunch

The likely long-term fallout from the credit crunch currently affecting highly leveraged Chinese property developers Evergrande, Fantasia and Kaisa is becoming clearer as the situation comes to a head. 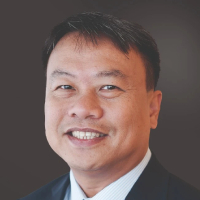