Looking back on COP26, cynicism may feel like an appropriate response, with significant agreements watered down or lacking consensus. Reactions have been less than ideal, with scathing headlines and comments from activists and UN Secretary General António Guterres describing the final deal as “not enough”. That said, incremental progress was made, with several advances notable for investors, too. Regardless of whether COP26 was a success or failure, there are points worth highlighting for investors.

Establishing a market for pricing and trading carbon emissions has long been seen as key for reducing emissions. A prominent regional example is the EU carbon border adjustment mechanism expected by end-2022.

However, there are significant disagreements over whether a carbon market is the best approach, with some jurisdictions favouring policies and regulations that directly reduce emissions. There are also significant criticisms of the new rules, such as the inclusion of older carbon credits generally deemed to be of poor quality, and gaps that seemingly allow for double counting of carbon reductions. But the agreement is still a significant marker of progress towards a global market that could shape emissions trading for decades to come.

Expectations were set too high ahead of COP26

Eighteen months after the onset of the COVID-19 pandemic, support for tackling climate change had grown, and it is perhaps inevitable that in this context, COP26 would be seen as a failure. While public opinion was in favour of aggressive action, political realities were always going to limit progress. However, COP conferences have never been about taking a radical stance on climate-related issues, but about incremental improvements to policies.

The trajectory is clear, with a much greater willingness today to consider significant action on specific issues such as deforestation or selling zero emission vehicles. As the need to take more action becomes increasingly urgent, policymakers should consider climate change a year-round call to action and not a topic for focus at a single annual event. COP26 shows the potential for action but also its limits. This reflects a similar reality for investment portfolios balancing financial objectives with sustainability targets. For a challenge as wide-ranging as climate change, there will always be more work to do and difficult decisions to make.

Joshua Kendall is head of responsible investment research and stewardship at Insight Investment.

Looking back on COP26, cynicism may feel like an appropriate response, with significant agreements watered down or lacking consensus. Reactions have been less than ideal, with scathing headlines and comments from activists and UN Secretary General António Guterres describing the final deal as “not enough”. 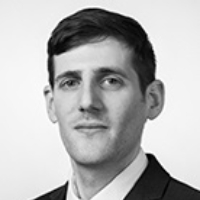