Reflections on quality and ‘the ultimate resource’

With 2021 characterised by strong commodity prices, we are often asked our view in terms of the sustainability of this trend. At the risk of embarrassment but with the benefit of historical precedent, we argue that investors may be better off avoiding the commodity sector entirely. For many readers who didn’t live through the 70s, their views or opinions might be of flared pants, big hair and psychedelic videos. But the 1970s, for those who lived through them, were defined by a much larger argument over whether the world was running out of commodities as the oil price and gold prices surged along with inflation.

At the time, there was a well-known group called “The Club of Rome” who received a lot of press for their Malthusian views and argued that the world was rapidly running out of resources based on their modelling and predicting a population collapse. Paul Ehrlich, whose book The Population Bomb published in 1968, was seen by many as the unofficial leader of the club.

Against this backdrop, an economist named Julian Simon emerged with a contrarian view – that human ingenuity and resourcefulness overcomes resource constraints. He pointed out that aluminium was most expensive in 1886 and that steel was at its most expensive in the mediaeval era when making armour.

So, Simon challenged Ehrlich to a bet: that over the next decade, the price of commodities would not rise. He was so confident in his bet that he let Ehrlich choose the five commodities the bet would be based on. Ehrlich is alleged to have said this was an “astonishing offer” that he was accepting “before other greedy people jump in”.

Ten years later Ehrlich wrote a cheque to Simon having lost the bet. And he didn’t just lose – all five that he handpicked for their scarcity, fell.

We raise this anecdote because one of the defining characteristics of commodity prices through time has been that they fall in real terms. This isn’t because demand falls, rather any price increase often leads to innovations on the demand and supply sides. Because of the nature of commodities, it is hard for a producer to capture these gains and thus they are passed on to the consumer in the form of lower prices.

So, over the very long term, commodity prices have tended to fall or flatline at best and commodity stocks have not kept up with the overall market. On a sidenote, it’s also why we’re perplexed as to why Australia refuses to price carbon when history would suggest the market does a very good job of innovating and driving down the carbon price over the long term.

This is not to say that there won’t be periods such as the 1970s, the late 2000s, and most recently, the last few months where demand and supply in commodity markets are out of kilter and prices rise rapidly with stocks in that sector doing very well. But it’s hard to build a long term “buy and hold” strategy around trading these events as it’s the equivalent of “betting against the house” within a casino. You are far better off being with the house instead of with the gambler.

However, none of this precludes us finding and owning quality businesses that supply products into the resources sector.

For example, Aspen Technology (the subject of a takeover offer during the month) provides process simulation software to companies in the “process industries” – energy, chemical, and engineering and construction (clients within the oil and gas market account for 40 per cent of total revenue). Process manufacturing companies generally manufacture finished products by applying a chemical process to a raw material. Given the high volumes involved, any small improvements to the process can result in large benefits to efficiency and effectiveness. Aspen’s software is designed to add value by increasing throughput, energy efficiency, reducing downtimes and capital requirements over the asset lifecycle. It does a commendable job for clients which results in 97 per cent revenue retention with customers signing five-year non-breakable contracts with annual 2-3 per cent price escalators. It is both less cyclical and more cash generative than its underlying clients, boasting a return on invested capital of +80 per cent.

In our view, to be long commodities is to be short human ingenuity, or as Simon called it “The Ultimate Resource”. We prefer to back the ultimate resource.

Nick Cregan is the co-founder and portfolio manager at Fairlight Asset Management.

Reflections on quality and ‘the ultimate resource’

With 2021 characterised by strong commodity prices, we are often asked our view in terms of the sustainability of this trend. At the risk of embarrassment but with the benefit of historical precedent, we argue that investors may be better off avoiding the commodity sector entirely. 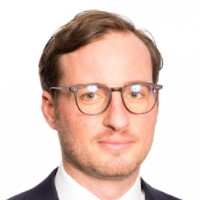