The opening of China’s domestic capital market provides both opportunities and challenges for global investors. Of late, regulatory shifts have escalated a divergence in opinion. Some commentators argue that international investors should avoid the country altogether for reasons ranging from accusations of human rights violations to policy risks arising out of government autocracy.

Others point to China’s unique economic and political model as a sustainable form of governance able to circumvent the sort of policy paralysis that holds some Western decision-makers hostage.

What we can all appreciate is that China’s one-party system has driven through reforms that have lifted over 700 million people out of poverty. What was an impoverished, agrarian nation as recently as 1980 will become the world’s largest economy within a decade.

Vast swathes of China’s population have entered the middle class and are consuming a rising range of products and services. From my frequent pre-pandemic trips to the country and discussions with our local teams, I can attest that Chinese people in general appreciate the rising living standards that policy reforms have delivered. That’s not to say every policy decision is popular, or that economic and social change does not come with upheaval.

Inevitably, the breakneck speed of China’s development has added complexity to its economic relationship with the world, as well as within its own borders. Rapid economic development has also led to an increase in income and wealth inequalities at home.

This is of paramount importance to the leadership because it poses a risk to social stability. But China is not alone in facing the challenge of how to distribute growth more evenly. The rise of populism is testimony that the West also faces inequality issues. What’s often absent from the global narrative is that China is starting to take action to tackle these problems.

It is galvanising policymakers to do more to level the playing field, for instance by making essentials such as education, healthcare and housing more affordable and accessible. While much still needs to be done, the direction of travel under common prosperity is clear.

Today the debate on China risks becoming polarised between extremes: always invest or never invest. A look at the beneficiaries of China’s rising wealth offers some perspective. On average, S&P 500 companies generate a staggering 18 per cent of their revenues from China.

Let’s take Apple. The US tech firm generates over 20 per cent of its revenues from Greater China. It sold 240 million iPhones in China last year, nearly double the number it sold in the US. Apple is one of the most widely held stocks in America and its share price rise has enriched millions. It benefits from Chinese policies. So, should US investors stop buying Apple shares?

Another example is UK-listed Unilever. The consumer goods multinational – which produces and sells everything from ice cream and tea to deodorant and hair products in China – accounts for more than 5 per cent of the FTSE 100 Index. China’s rising middle class is a major contributor to its revenues. As a consequence, a vast number of UK pensioners who own Unilever in their savings plans are also beneficiaries of China’s policy approach. So, should they refrain from investing?

These examples underscore how interlinked the world is today. This intricate connectivity of global capital markets renders absolute calls to avoid investing in China irrational.

China is a country where companies have significant opportunities to make profits. It is also leading the way globally in reducing carbon intensity in its economy, and that is investable. For global investors, exposure to Chinese equities and bonds offers valuable diversification benefits. But it also comes with risks, including regulation, market volatility and ESG issues.

Today China is deeply embedded in the global economy. It’s simply too large to exclude from the international financial ecosystem. That’s why we believe investors need to understand the context.

The opening of China’s domestic capital market provides both opportunities and challenges for global investors. Of late, regulatory shifts have escalated a divergence in opinion. 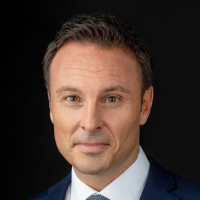