On balance, the Federal Reserve’s 3 November meeting was in line with what we expected. As widely anticipated, the Fed announced tapering of asset purchases due to “substantial further progress” in the economy. We have long viewed the tapering announcement as a foregone conclusion and had expected Fed officials to use the meeting to address concerns over persistently higher inflation and the substantial sell-off in policy-sensitive rates since the last FOMC meeting. Indeed, we see several takeaways from the Fed in that regard. Tweaking the context of “transitory”

The latest Fed statement added the caveat that the factors leading to currently higher inflation are “expected” to be transitory. It was a deft way of handling the tricky transitory question given price pressures have been stronger and more persistent than expected – hence, an acknowledgment that Fed officials ultimately do not know whether current inflation pressures will in fact subside over coming quarters. Chair Jerome Powell also emphasised that the concept of “transitory” inflation refers not so much to a timeframe, but whether the economy may be left with more persistent or permanently higher rates of inflation going forward. Otherwise, Mr Powell maintained that inflation pressures will dampen as supply bottlenecks resolve and more supply comes online next year, which is consistent with our forecast for price pressure to dissipate around the second quarter of 2022.

It “boils down to” risk management

Powell reiterated the Fed’s approach to risk management – now spelled out in its updated policy framework — when its twin goals of price stability and full employment are at odds with each other, as they now appear to be. For now, they are willing to remain patient, allowing the labour market to heal further, particularly given an expectation that, by next spring, the supply constraints that are likely the source of a lot of the current price pressures will be somewhat resolved. But if inflation pressures unexpectedly continue without relief through, say, next summer, Powell noted the Fed would be prepared to act as needed.

If inflation indeed reverses course as we and the Fed expect, the Fed will likely complete its tapering in June 2022 and will have time to wait until the first half of 2023 before beginning its rate hike cycle. However, we think the risks are skewed towards the Fed beginning the rate hike cycle somewhat earlier – that is, if inflation pressures indeed persist through next summer. Ultimately, though, we expect Fed rate hikes over the coming cycle to fall short of the 2.5 per cent long-run Fed funds rate that Fed officials are projecting. Policy-sensitive rates have not changed substantially since the Fed meeting and are pricing in two and three rate hikes in 2022 and 2023, respectively, compared to one and three hikes as forecast by Fed officials.

Overall, markets seem to have drawn a “pro-growth” conclusion from the press conference – perhaps to some degree stemming from the chairman's comments that rate hikes would only be considered “after full employment had been achieved”. This boosted risk appetite, reduced market anxiety (as reflected in the lower VIX index, which measures the implied volatility on the S&P 500 Index,) and led to higher stock prices and tighter credit spreads.

As for rates, as one would expect, the front end of the curve was comfortable with the patient Fed motif, as seen in two-year yields which were unchanged at the end of the day. By contrast, longer yields priced in a risk premium as seen in the bear steepening of the Treasury curve, with the 30-year yield rising 8 bps. Although the break-evens and real yields initially diverged as the market tried to parse the new “growth bias, or inflation fighter” themes, both real yields and break-evens were up by the end of the day, suggesting the markets concluded some risk premium for higher growth and inflation was in order.

Ellen Gaske is a principal and lead economist for the G10 economies on the global macroeconomic research team and Robert Tipp is managing direct and chief investment strategist and head of global bonds, PGIM Fixed Income.

On balance, the Federal Reserve’s 3 November meeting was in line with what we expected. As widely anticipated, the Fed announced tapering of asset purchases due to “substantial further progress” in the economy. We have long viewed the tapering announcement as a foregone conclusion and had expected Fed officials to use the meeting to address concerns over persistently higher inflation and the substantial sell-off in policy-sensitive rates since the last FOMC meeting. Indeed, we see several takeaways from the Fed in that regard. 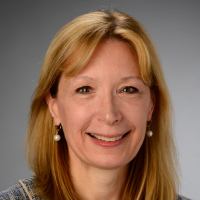