The transition to a carbon neutral and green economy is underway, but the pathway is also paved with traditional forms of energy. While this creates immediate to mid-term opportunities for investors, the real opportunity lies in the long-term investments set to benefit from the green economy. Increased recent volatility in energy and commodity markets is likely to remain a factor impacting the share prices of resource companies listed here in Australia. The annual general meeting (AGM) season, currently underway, can be a source of useful information to help guide investors better understand the opportunities and risks. Prices for energy commodities were on the rise in September with coal up 25 per cent, natural gas up 33 per cent – a 10 year high – and oil up by 10 per cent – a three-year high. Rocketing coal prices plummeted back in October as Chinese policy makers sought to intervene to control prices in their local market. Australian coal prices have fallen back to almost USD$150 per tonne (from a high of $250 in mid-October) but remain well above the USD$75 average where it traded through 2019 and 2020. Oil and natural gas also softened, but only marginally, during October.

Some of these recent highs across oil, gas and coal producers have been caused by emerging issues with energy stockpiles as the northern hemisphere heads back into its winter season. This is also having a knock-on effect to manufacturing as they need to deal with higher input costs which is then stoking inflation expectations.

Despite energy prices being higher in 2021 the ASX 200 Energy sector is up less than 7 per cent year to date while the broader index has risen by more than 17 per cent. Share prices in coal mining firms Whitehaven and New Hope are up more than 40 per cent thus far in 2021 while oil and gas groups such as Beach Energy and Cooper Energy are both down more than 25 per cent. From a dividend perspective, Whitehaven is now expected to deliver a calendar 2022 cash yield of more than 10 per cent (at its current share price) and the 2022 dividend forecasts for oil and gas giant Woodside have risen by almost 40 per cent since July.

However, investors need to be careful. While there may be a short-term opportunity for abnormal profitability in some energy companies, this will likely be short-lived and share price volatility will provide trading opportunities. Investors need to look no further than the rise and fall in share prices for Australian leading iron ore miners this year to see exactly how volatile the commodities sector can be.

Investors need to look through short term gyrations such as this. The world is accelerating its transition to a low carbon economy over the coming decade, and this will have a direct impact on these energy companies as well as many other companies, which will support this massive and critical transition.

One such Australian company that is paving its own green path towards net zero is Fortescue Metals. Fortescue has recently announced that it is looking to hit a net zero target for its Scope 3 emissions by 2040 by assisting its customers transition their steel manufacturing processes and reducing the emissions created by the transportation of their iron ore across the globe.

Fortescue seeks to develop green steel manufacturing approaches using green hydrogen and ammonia as well as decarbonising its haulage fleet and working with other carriers to do the same. Such initiatives place Fortescue ahead of competitors in terms of decarbonisation of their operations as well as setting an example for how companies can assist their downstream customers embrace low carbon solutions to assure positive outcomes for all stakeholders. Fortescue has consistently held positive scores across our environmental metrics including emissions management and control as well as resource utilisation.

At present we see Fortescue trading at a gross dividend yield of over 10 per cent for 2022. The company is trading 40 per cent off its 2021 highs and is back at similar levels to where it traded back in June 2020. Strong cashflows for Fortescue are still on track as the price of iron ore currently sits just below $US100/tonne after bouncing back over $US130 in early October.  In the near term, our view is that iron ore restocking in China is unlikely to ramp up until after the Winter Olympics in February 2022. Steel production in major centres such as Tangshan (which manufactures 8 per cent of global steel) has already implemented a 30 per cent reduction in output to 31 December supporting a “clear skies policy” like that implemented for the Beijing Olympics in 2008.

This is where comments at Fortescue’s AGM on Tuesday, 9 November can provide insight in terms of iron ore demand and the price being realised by Fortescue from its customers. Investors who are looking at these ASX-listed companies can use the current opportunity of the AGM season to gather information from companies and how the re-opening of the domestic and global economies are impacting their earnings for 2022.

At the AGMs, companies will either initiate, affirm, downgrade, or upgrade their guidance. A key term to watch out for this AGM season is likely to be “cost pressures”. Investors need to be wary of downgrades or a lack of guidance from companies trading at high valuations as no news or bad news could lead to a share price derating. The other key area will be commentary regarding costs as an indication of whether inflationary pressures are expected to be transient or ongoing.

Domino’s Pizza held their AGM last week and while committing to be net zero by 2050, the company also noted that they were experiencing higher energy and food input costs. The company’s share price shed more than $20 on this news falling to $116 from $142.

With over 100 AGMs to be held over the next six weeks, investors can expect to gain some valuable insights for the year ahead in 2022.

Max Cappetta is the CEO and portfolio manager at Redpoint Investment Management.

The transition to a carbon neutral and green economy is underway, but the pathway is also paved with traditional forms of energy. While this creates immediate to mid-term opportunities for investors, the real opportunity lies in the long-term investments set to benefit from the green economy. Increased recent volatility in energy and commodity markets is likely to remain a factor impacting the share prices of resource companies listed here in Australia. The annual general meeting (AGM) season, currently underway, can be a source of useful information to help guide investors better understand the opportunities and risks. 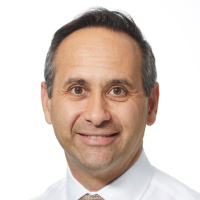