The COVID-19 pandemic has put paid to many things but companies seeking venture capital and going public are not among these. In fact, the reverse. Our region, Asia-Pacific, has led the charge and is responsible for an extraordinary 44 per cent of global IPO activity in 2021. Here in Australia, we’ve seen a record number of listings. There have been 63 in the first six months of the year alone; the majority of which have been smaller players with market capitalisations of $50 million or less.

Meanwhile, startup investment was up a whopping 28 per cent in the 2020-21 financial year. Some 327 Australian firms collectively attracted $3.43 billion (US$2.5 billion) in investor capital, according to the 2021 KPMG Venture Pulse report, which tracks start-\up investment globally.

Head of KPMG High Growth Ventures Amanda Price noted that the investment environment Down Under had never been stronger.

“Alongside the continued progression of Australia’s new unicorns, startups that have achieved a valuation of over $1 billion, we have also seen record seed rounds raised. Startups like Honey, Nourish Ingredients and Carted have attracted over $10 million of early-stage funding,” Price said.

But listing publicly or pulling in the big bucks from venture capitalists isn’t as easy as some headline-making success stories may make it look. When you’re asking external investors to stump up, a promising proposition and a snazzy sales pitch will only take you so far.

That’s because investors don’t just want to see evidence of innovation and business development. They’re also looking for financial statements that stand up to scrutiny and demonstrate that your finance and accounting function is robust and scalable.

Fall down on this front and getting the capital you need to realise your growth plans may become significantly harder. Do so in the public arena and there’s every chance the reputation of your business will take a hit that’s difficult to recover from.

So, what should startups do to ensure they’re external investor ready before they go cap in hand calling? Here are four measures that will stand your up-and-coming enterprise in good stead.

Would-be investors want to see one thing above all: how your business has been performing financially. Ensuring your records, past and present, are in apple pie order should be your first step and, as part of this process, it may be necessary to engage experts to help you resolve legacy accounting issues before the books are opened up for scrutiny.

Executives wearing several hats are a hallmark of startups and SMEs but, if you’re looking to go public or introduce outside investors into the mix, having specialists on board with razor sharp focus on the financials is imperative. A talent audit may be in order, to ensure you have the technical accounting and reporting skills you need to fulfil the enhanced reporting requirements with which you’ll need to comply.

Processes that suffice for a scrappy, privately owned startup may not answer as your enterprise transforms into a sizeable business; one in which multiple parties have an interest. That’s why it’s important to put systems in place for procurement, inventory management, billing, expenses and financial reporting, and to bed these down before new stakeholders come on the scene.

If there’s one thing that’s likely to make investors run a mile, it’s the suggestion your financial and management reports aren’t complete and accurate in every detail. Bolstering your internal controls will allow you to be confident this is the case and ensure you don’t run afoul of regulators, before and after you go public.

A solid platform for success

External investment may see your enterprise reach its potential far faster than organic growth alone would allow. A strong financial foundation will make it easier to attract this investment and to transform your privately owned small or medium sized business into an investor backed, or publicly listed entity without coming a cropper in the process.

Terry Smagh is a senior vice-president for Asia-Pacific at BlackLine.

The COVID-19 pandemic has put paid to many things but companies seeking venture capital and going public are not among these. In fact, the reverse. Our region, Asia-Pacific, has led the charge and is responsible for an extraordinary 44 per cent of global IPO activity in 2021. 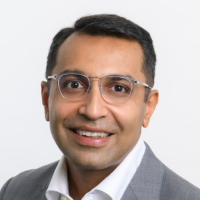