Deep water waves originate in depths of around 200 metres or more. They start out wide and accelerate rapidly, twisting and changing as they brush the contours of the seabed. They become intertwined with others and form bigger waves. The slope of the beach and the features of the seabed can either calm or exaggerate the force, current and speed of deep water waves. The extent of their power is hard to see from the surface and we can easily misunderstand the potential impacts. That is a striking parallel with the long-term drivers that face investors.

We typically react to the impacts we can foresee on the surface, with the logical misattribution of the drivers beneath. Powerful “waves” are sweeping away established assumptions before them, fundamentally altering the economic, political and public policy foundations for asset prices. Accelerated by COVID-19 and intensified by socio-economic pressures, climate change and geopolitics, these forces will exert themselves on every facet of investment portfolios for years to come. Meanwhile, the struggle between supply and demand-side economics is changing, with a direct impact on the outlook for many countries. The relationship of these factors is one of interdependence, not dependence.

Global growth is set to slow to below its long-term trend of 3.45 per cent over the next generation. The countries that have driven global economic growth over the past two decades are growing older. This leads to reduced output as working-age populations shrink; inevitably it increases the liabilities of older populations, especially in a scenario of longer life expectancy. The ratio of dependents to working-age citizens will rise, despite longer working lives, implying higher taxation to cover higher costs and the increased requirements for healthcare investment. As a higher proportion of resources is gradually dedicated to a non-productive section of the population, this acts as a drag on economic growth. Potential productivity growth appears unlikely to be enough to offset the ageing demographics.

National borders will continue to harden, as anti-immigration sentiment persists or grows in many countries, leading to significant negative implications for lower-income countries that depend on remittances. Migration would typically have been the answer to the ageing workforce in developed countries; it is relatively quick to implement measures such as quotas, especially for semi and lower-skilled workers. These workers take up the slack from those retiring and pay taxes immediately, thus also replacing lost government revenue.

However, many countries are now set against the prospect of more migration. COVID-19 seems to have sharpened this attitude. In the next decade, the implied economic costs of this posture may become painfully apparent in terms of lost productivity and output, unless governments move fast to facilitate significant investment in technology instead. For lower-income countries that depend on remittances, this is a disaster, undoing progress in poverty alleviation, education and development.

The next decade will see an urgent and widespread boom in investment in innovation across all economic sectors. It will be in both private and public sectors, with much of it driven by geopolitical imperative, not just economic value. Driven by national security as much as economic considerations, the wealthy nations at least appear set to urgently invest in technological innovation. The use of automation will accelerate across all sectors. Widespread adoption requires urgent deployment of certain enabling technologies such as 5G, but also accelerating the implementation of artificial intelligence (AI) and machine learning applications across sectors and the development of quantum computing. In most cases, this requires new or updated legislation to account for transparency of algorithms, safety and fundamental rights. This adds a layer of complexity that arguably only matters in democracies.

These technologies’ use in service sectors has the potential to revolutionise the structure of the job market in advanced economies, which have become more service-sector driven. The disadvantages are the capital requirements and the relatively long lead time to reaping the resultant boost to productivity, but the geopolitical struggle between the US and China will be an important additional driver beyond economic value considerations.

The tension between inflation and deflation will continue, but the calculus has changed. Longer-term, control of inflation trumps economic growth, but the resolution will vary by country or region. From Volcker to Powell, this struggle incorporates economic debate, but is now accompanied by the creation of a new, conspicuous political bloc focused on the priorities of the senior population, which are typically inflation, healthcare, and law and order. In countries with already declining populations, fiscal incentives to try to boost fertility rates are increasingly complemented by a drive to change economic and social welfare policy, straining many sovereign finances to the breaking point. COVID-19 has exacerbated socio-economic inequality in many countries; progressive and redistributive taxation will be prioritised globally, unorthodox economic experiments will be attempted, and big government is back. After the first global pandemic in a century, existing trends have accelerated sharply. Foremost is the general malaise of democracies at their embedded social and economic inequalities, which were exacerbated by COVID-19.

This factor, along with the growing pressure on sovereign balance sheets from the extent of stimulus in 2020-21, drives many of the discussions on economic policy today.

One of the inevitable outcomes is the proliferation of unorthodox theories, such as Modern Monetary Theory (MMT). MMT says monetarily sovereign countries which spend, tax, and borrow in a fiat currency that they fully control, are not operationally constrained by revenues when it comes to federal government spending. In truth, it seems only one country has a track record of conducting a version of MMT: Japan. But Japan is a unique situation: a wealthy country whose institutional savings pools hold most of the country’s sovereign debt. The only other country that could continue to extend its sovereign debt ratios significantly is the US, which benefits from its position as an attractive issuer and the position of the US dollar in the global financial system. For the rest, write-offs are impossible; low rates are imperative, and older voters have little interest in debt repayment. Meanwhile, many governments aspire to be part of the solution, providing more material for the debate on the rise of “European” social market economics at the expense of “orthodox” neoclassical economics.

Great game geopolitics is set to increase its influence on investment outcomes over the next decade, as the confrontation between the US and China plays out, with asymmetric cyber warfare the most likely scenario. Until an accommodation is reached, the “social distancing” underway between the giants of global growth now appears irreversible and it will set parameters for investment in most sectors. Technology is clearly the immediate and most intense battleground. Fossil fuels and green energy, metals and ores, even aspects of financial services will all be impacted by increasing government involvement on national security grounds as the great powers jockey for position. Uncertainty around the willingness of the US to come to an ally’s aid is more urgent when the most likely scenario is a concerted cyber campaign. Economic polarisation between nations and regions will increase. After the pandemic, wealthy countries may feel compelled to renew their commitments to multilateral organisations like the World Bank and the International Finance Corporation (IFC) as mechanisms to help low-income countries. But the development gap remains and is growing, so migration pressures remain.

Many middle and low-income countries will struggle with the declines in foreign direct investment (FDI) and increases in unemployment as multinationals redeploy their supply chains and adopt automation in a meaningful way.

For most of these countries, their relatively poor educational attainment levels are obstacles to adapting their economies. This limitation suggests clear investment opportunities in education, online services and, of course, businesses related to broadband infrastructure. Since local governments may lack the funds and the project management experience, they require collaboration— likely with the IFC and the World Bank, which will be redoubling their efforts in this regard. China, meanwhile, has not only redoubled efforts to project soft power via vaccine diplomacy but also via the use of infrastructure investment, with a particular focus on technology and communications infrastructure.

For the countries concerned, this is a welcome development. Within nations, governments will provide investment opportunities via incentives in previously disadvantaged regions that are politically expedient. Governments will also direct credit decisions to facilitate specific types of investment in particular regions. It means that investors should be aware that the strings are being pulled by governments and that traditional returns criteria may not be relevant.

Climate change will increasingly exacerbate border tensions, threaten agricultural production and heighten social stresses in many regions. This process also heightens the existing divide within countries: e.g. rural/urban; coal region vs. solar region. In developing countries, the population is still growing fast, but local institutional capacity remains limited and arguably unfit for the forthcoming challenges. Many poor countries were already struggling to feed, educate and provide healthcare services for their citizens before COVID-19. They now are faced with the prospect of social unrest driven by a combination of poverty, unemployment and inequality. The loss of jobs and revenues as foreign companies reconfigure their supply chains and invest in automation is an existential threat for some. At the same time, water shortages, irregular rainfall and more frequent heatwaves conspire in many of the world’s poorest regions to drive their fast-growing populations towards the cities in search of better conditions. The multilateral agencies of the United Nations (UN) are long established and well placed to help, assuming the wealthy countries follow through on their funding promises; it is in everyone’s interests to ensure the worst outcomes are avoided.

Companies that are demonstrably good operators and especially good corporate citizens are already developing a valuation premium over their peers, as the definition of “quality” in investment terms widens. Companies will feel the pressure to change at almost every level – from heightened competition for workers and investing in technological innovation, to increased requirements to demonstrate sustainability credentials, to navigating more intrusive legislation against a backdrop of climate change and geopolitical strains – boards and executives will require a wider set of skills and experiences to be able to succeed. The traditional divide by developed and emerging markets increasingly looks artificial, as country specifics dominate, selectively offset by what could be called management alpha, meaning management quality, evidenced by companies that are not only good operators, but also good corporate citizens, skilfully preparing their companies for ever-higher investor expectations. From an asset allocation perspective, historical biases around asset class return, volatility and overall risk management would need to be reoriented.

For example, if interest rates remain lower for longer and demographics are pointing to a larger number of dependents, selecting appropriate safe havens that provide income may require a more creative use of global options outside of an investor’s home country. Incorporating a wider definition of “quality” that includes such factors as environmental, social and governance (ESG) will be necessary to enhance both sides of traditional 60/40 portfolios. Alternative vehicles can also offer differentiated exposures to these larger themes as well as play an increasing role in diversifying traditional portfolios as risk reducers, income enhancers and alternative income providers. 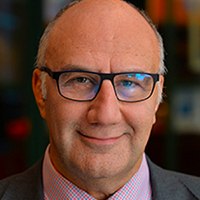