While some countries continue to grapple with the enormity of COVID-19 outbreaks, the global roll-out of the vaccine has occurred at a far quicker rate than anyone could’ve anticipated just 12 months ago. As a result of these developments, corporate profits are climbing out of a deep hole with companies offering clearer outlooks for future profits.

Cyclical stocks are rising on expectations that improving health and economic conditions will unleash pent-up demand. Beneficiaries of this should include energy companies, automakers and businesses related to leisure travel. Banks could also experience a tailwind, especially if interest rates continue to rise in the US, and losses from bad loans aren’t as extensive as originally anticipated.

Global small-cap stocks have also enjoyed a stellar run of late, and typically perform well coming out of periods of recession. Whether or not this continues remains to be seen, but if earnings growth forecasts are anything to go by, small caps are set to outperform their large caps counterparts for the remainder of this year.

For emerging economies, analysts are projecting earnings to outperform developed markets again this year. Estimates for all sectors are in positive territory, further fuelled by the efficient and effective vaccine roll-out in the US and also on the back of a weaker US dollar.

And in China, while growth has moderated since pre-COVID, data shows a robust recovery is underway. GDP is projected to grow between 8-9 per cent in 2021. Fiscal policy should also remain accommodative for the remainder of the year, with a deficit of -3.2 per cent of GDP forecast compared to -3.6 per cent in 2020.

But, despite the swift recovery, is it all good news for investors?

As with any interruption to the market cycle, the need to remain cautious and routinely re-evaluate portfolios is paramount. Higher inflationary pressures are proving a catalyst for reassessment, for example.

A repeat of the destructive 1970s inflation levels is unlikely, but the US Consumer Price Index is expected to rise from here. After years of unusually low inflation, investors should review how their overall investment strategies incorporate inflation management and protection.

These pressures aren’t currently as great in Europe and the UK, where inflation has stabilised around 1 per cent, and for emerging markets economies, it’s much more varied, with China, India and South Africa observing declining inflation rates.

As the events of the past year have taught us though, economic indicators can seemingly change at whim. Interest rates are another such example.

US rates are likely on the up. After a period of record-low interest rates, progress on vaccine distributions combined with aggressive fiscal and monetary support will continue to push Treasury yields higher and steepen the yield curve. Expectations for higher inflation also should push longer-maturity rates higher.

Across Europe, most government bond yields are on the upswing but remain in negative territory. UK rates are notably higher and positive, while rates in Japan are hovering above the central bank’s 0 per cent target. But, when the US leads, other parts of the developed world tend to follow suit.

So, after a long year for investors, clarity has replaced widespread uncertainty for the most part. While bumps in the road remain – as they do in any market cycle – investors will do well to reassess their portfolios and factor in increased inflationary pressures and a likely rise in rates.

Key economic indicators in the US are also strong, including manufacturing, home prices and consumer spending. These measures, along with the labour market, will improve further as the number of COVID-19 cases declines and business conditions return to some semblance of normal – whatever that may be. 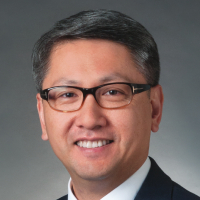