New proposals in Europe, Canada and the US that allow shareholders to cast votes on climate policies look set to revolutionise the way corporates – and their investors – formally communicate on matters of ESG. And Australian asset owners are now in a position to demand the same from company management. The recent annual general meeting season in Europe delivered a new way for shareholders to cast a vote – the “Say on Climate” proposal.

While there remains great debate among the global investment community on the implementation of sustainable investing practices, it’s universally acknowledged that climate change and inequality can have a detrimental effect on economies and companies.

Shareholder voting – particularly within sectors that have traditionally attracted greater scrutiny on areas of climate – is a powerful way for asset owners to support their investment philosophy and vote accordingly.

Investors are increasingly using their position to change climate-related policies at companies and, in some instances, making tangible inroads on reducing carbon footprint.

A Say on Climate proposal is an energy transition strategy presented by company management, and sets out how the company intends to deal with the challenges around climate change. Shareholders then vote on this proposal according to whether they believe the company is on a sensible decarbonisation trajectory.

Shareholder resolutions on climate have been more common and the company is then required to produce evidence of development of a climate change strategy. However, company management putting their own climate strategy to a vote is new.

While still in infancy stages of roll-out, the Say on Climate proposal within an AGM setting is a critical step forward; it not only formalises the issue of climate change as an agenda item, but will likely lead to a greater emphasis on companies analysing their carbon footprint, for example, and increase transparency and accountability on the part of senior management and company boards.

If shareholders get a frequent vote on a climate proposal, this will eventually trigger best practices, more disclosure and accountability on a company’s climate plans. When shareholders have to vote on something, they want to understand what they are voting for.

Detractors to the new form of proposal argue it’s critical for management to clarify what shareholders are voting for; if the intention is to gauge their shareholders’ approval of their climate plans, an advisory vote based on a climate report is more practical. Management proposals also sometimes compete against shareholders’ own proposals on climate. It is then up to the investor to decide which ones to approve.

Encouragingly, the initial set of Say on Climate votes passed with broad shareholder support. One of the companies that gained the highest support rate for its climate strategy was Unilever, which received 99 per cent shareholder support for its proposals. Other companies which sit within high-carbon sectors also received significant support from shareholders, including Shell (88 per cent support) and commodity trading and mining company, Glencore, with 94 per cent.

Whether Australian-domiciled corporates and their investors receive the same level of support remains to be seen, should such an initiative progress in the local market. However, the European case studies provide valuable insight into the benefit of such a vote.

There is currently no legislation enforcing the initiative and the companies that presented Say on Climate votes did so on a voluntary basis. They are therefore more likely to be more comfortable than others in presenting their climate plans compared to peers that arguably still have some way to go.

For many shareholders, these proposals are new. Best practice guidelines, policy frameworks and voting principles still need to be developed. Once these are finalised, shareholders are likely to vote against when they believe plans for implementation are not detailed enough, or that companies are not making sufficient progress if climate targets are not set with the appropriate timing, scope or ambition.

The more Say on Climate votes undertaken, the easier it will become to identify differences in quality between these plans. It’s important that a feedback mechanism exists: voting on Say on Climate proposals needs to be accompanied by advice from investors. Without explaining how plans should be further improved, just voting against an agenda item does not tell management what to do better. 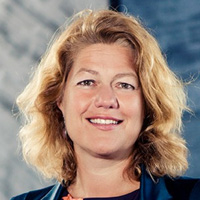