US treasuries and the coming bond market sell-off – be warned

After peaking at 1.78 per cent at the end of March this year, US 10-year Treasury yields have declined, despite a larger-than-forecasted acceleration in inflation. There are two schools of thought for this:

The performance of risk assets such as equities and credit spreads in the second quarter would support the former thesis rather than the later.

We beg to differ. In fact, neither of these reasons explain the behaviour of US long-term rates and the derived behaviour of risk assets during the second quarter, in our view.

Treasury deposits held by the Fed is money that remains outside of the monetary supply up until the minute the Treasury spends it. When that happens, this operates exactly in the same way quantitative easing operates, injecting pure liquidity in the financial system.

During the normal operation of the government, inflows and outflows to/from this account balance themselves and do not have a significant impact in financial conditions (in comparison, when the Treasury collects taxes and deposits the proceeds at the Fed, that operates as a factor tightening financial conditions). There were no large changes in the cash balances between early 2018 and March 2020.

It’s worth noting here, that back in 2020 – when the Trump administration toyed with the idea of passing a large rescue package – the Treasury undertook a massive increase in bond issuance (largely via T-bills) to accumulate the resources required to fund such a fiscal package. At the time, the Fed bought the vast majority of the issuance in the secondary market, and as such, the increase in the cash balance kept by the Treasury at the Fed did not produce a tightening effect for the economy.

Then in February 2021, when the Biden administration passed the American Rescue Plan Act, cash deposits fell. The decline of US$876 billion in little less than four months (from mid-February to mid-June) equates to an average monthly liquidity injection of US$220 billion per month, or 1.8x the Fed purchases of Treasuries and mortgage- backed securities (‘MBS’) under its QE program.

In addition, the US Treasury substantially decreased its net issuance of debt, and seems to have opted to withdraw the cash that it had deposited at the Fed.

With respect to US Treasury’s monthly issuance net of the Fed QE purchases, from an average monthly net issuance after Fed purchases of US$290 billion per month, the net issuance fell to US$163 billion in April and May.

In the four-month period between late February and late June, there was a massive injection of liquidity, coupled with a massive decrease in the issuance of UST hitting the market. No wonder, then, that US Treasury yields fell from late March to June.

The problem is that the Treasury has indicated that it wants to run the cash level at around US$700 billion going forward. Thus, it is unlikely that the supportive conditions experienced in the second quarter will continue. We might have one final injection of liquidity if the Treasury is forced to run down its cash deposits due to a failure to roll over the debt ceiling quickly.

However, at the current rate of cash burn, even after accounting for delayed tax payments, we estimate that the Treasury should run out of money over the next one or two months.

Once that happens, net UST issuance will go back to US$220 billion per month, assuming that the Fed does not taper (otherwise the net issuance hitting the market would be larger).

At that point, supportive liquidity conditions will go away and fundamentals will begin to matter once more. If the debt ceiling is not rolled over soon, the US Treasury will have to issue even more than US$220 billion per month to rebuild its cash cushion.

History shows us that when a debt ceiling rollover has been required, market sell-offs have occurred. If we are right, then we should expect a significant market shock within the next few months. Be warned.

US treasuries and the coming bond market sell-off – be warned

After peaking at 1.78 per cent at the end of March this year, US 10-year Treasury yields have declined, despite a larger-than-forecasted acceleration in inflation. 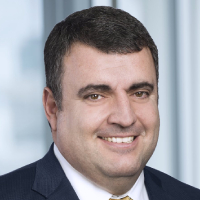