The key to successful investment is to invest in exceptional businesses expanding their economic footprint, and one of the first steps in assessing a company’s prospects is to assess its competitive advantage. Increasingly, one of the most significant drivers of competitiveness and performance is the “network effect”. Many of the most successful companies – such as the renowned “FAANG” stocks – are those that have benefited from their own network effect.

Clearly, businesses that possess ‘networks’ tend to have a powerful competitive advantage over their competitors. The reason? Businesses with strong network effects are difficult for others to replicate, helping them to maintain their market leading position and enabling long-term pricing power.

On the other hand, businesses without networks often have a harder time defending against competitive forces which in some instances leads to return erosion through price- led competition.

A network effect occurs when a product or service becomes more and more valuable as participants join the network. A classic historical example is the telephone, a service which saw its utility increase exponentially with the number of users.

A more recent example is Afterpay. It is building a global two-sided network between consumers and retail merchants. Attracted to its free and simple instalments solution, its highly engaged customer base is funnelled through the platform as retail leads, creating a new merchant channel.

Not all networks are created equal

Participant captivity measures how sticky the user is to the network. Several traits of users can be analysed to determine captivity. One is ‘multi-housing’, which is the tendency of users to sit across multiple networks, indicating the network is readily substitutable. Another is ‘bypass risk’, which is the ability and incentive of users matched in a network to maintain an on-going relationship outside that network.

For example, when we consider food delivery applications such as UberEats and Deliveroo, both restaurants and consumers will happily sit across multiple applications. Unless a company dominates a market early on, competing new entrants can exploit multi-housing tendencies and obtain a foothold.

Where multi-housing exists, building a dominant captive audience is possible but often requires significant brand leadership early on. Australian real estate online classifieds is a case in point whereby both agents and buyers exhibit multi-housing tendencies, yet despite this, Realestate.com.au has a significantly larger franchise than Domain.

Bypass risk is a problem experienced by marketplaces which often fail to monetise the on-going business relationship it originates, as participants are easily able to bypass the network to avoid marketplace fees. This is a common occurrence in labour and freelancing marketplaces such as AirTasker. Once the initial relationship is established, the network can be bypassed fairly simply.

Scale benefits are another important determinant. The scale benefits of a network determine how difficult it is for competitors to penetrate its structure. An extensive network (e.g. global or national) where each node is essential to all network participants has a more durable competitive advantage than an accumulation of localised networks (e.g. cities) that are valuable at the micro-level. The accumulation at the macro level provides limited incremental benefits to network participants.

Consider Uber’s network scale benefits compared to hotel aggregators such as Expedia, TripAdvisor or Booking.com. For Uber, strength in the supply of drivers benefits the network predominately at a city level. The majority of commuter activity is within their home city, and therefore the depth of the driver network in neighbouring cities or countries matters little to the commuter. Uber’s global network is, therefore, an aggregation of micro-networks, making it vulnerable to localised competition seeking to carve out city-level niches.

In contrast, leisure travel is often a global experience for consumers, while major hotel chains have multi-national footprints. Both these factors give hotel aggregators increasing relevance with global scale — a much more complicated model for new entrants to replicate. This was a key driver behind the decline of Wotif.com, a once-popular Australian- based booking platform whose national scale was displaced by global hotel aggregators.

Through a lens of participant captivity and network scale, the strength of network effects in companies – and therefore how much competitive advantage they enjoy – can be determined.

Businesses with emerging network effects not only tend to have latent pricing power but they also tend to retain the potential to build future ecosystem layers which can deepen a firm’s competitive advantage and create new revenue opportunities. A business in this situation has the beginnings of a quality franchise.

Investors who seek to analyse how a company’s competitive advantage evolves through time, including by evaluating its networks, are well positioned to identify opportunities that will capture superior investment performance. Once a strong network effect has been identified, the superior economic rents achieved by these investments compound through time.

When it comes to stock selection in an investment portfolio, the economics of the underlying business is what drives long-term investment returns. High-quality, growing businesses that have the ability to generate predictable, above-average economic returns are likely to produce superior investment performance over the long term. Each business’s competitive environment and how vulnerable it is to others taking over its market, is an integral part of its long-term prospects. 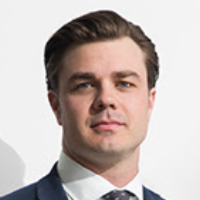