Trends that will shape the remainder of 2021

As we move towards the halfway point of 2021, some key trends are emerging that will shape markets and economies for the remainder of the year and well into 2022. While any predictions remain subject to the vagaries of the battle between virus and vaccine, one thing is clear – the global response to the COVID-19 pandemic has set the stage for a historic pivot towards sustained fiscal spending and economic support by governments and central banks around the world.

A lasting legacy of this will be the mushrooming public debt, which is already at a level not seen in developed markets since World War II.

This level of public debt will require central banks to implicitly target negative real interest rates for the foreseeable future, in order to maintain debt sustainability. The balance between needing to keep rates low, while at the same time managing inflation expectations, will be a challenge that shapes the post-pandemic landscape.

Central banks’ commitment to keeping rates low is likely to be continually tested by markets, particularly as economies begin to reopen and the fiscal stimulus triggers a strong economic rebound.

To this point, the health of the US consumer, which is a key bellwether not only for the US economy but more broadly, will be an interesting one to watch over the next six to 12 months. Household savings in the US are at historic highs and as the economy continues to reopen, we’re likely to see an unwinding of this excess through consumer spending that could last well into next year. The sectors most likely to benefit are those that were most impacted by lockdowns, including restaurants, travel and tourism.

Another key theme over the next six to 12 months will be reflation. As more economies reopen, reflation will turn from a dominant market theme into an economic reality.

Reflation has already triggered a rotation in markets from higher growth stocks to value. This rotation has been a global phenomenon, including in China where the sell-off has been most pronounced in “New China” stocks such as internet, healthcare and electric vehicles, while “Old China” cyclical and value stocks have recovered significantly.

The reflation theme will be particularly strong in the US where significant fiscal spending will continue to feed into the economy over the coming months and may also support longer-term productivity. The steady flow of fiscal stimulus in the US should also benefit the global economy and could play into the reflation story for several years to come.

In Europe and China, fiscal plans will also provide a positive, albeit more modest, boost. China has experienced a milder hit from COVID and, during the course of the year, it is likely that China’s policy stance will turn moderately more hawkish as it rebalances from “quantity of growth” back towards “quality of growth” as emphasised in its 14th Five-Year Plan. Signs of excesses in China’s business cycle could lead to additional policy tightening.

Other emerging markets also require close monitoring for potential risks, including from a possible increase in COVID infections as these countries enter winter. Inflationary pressures are rising in countries such as Brazil, Russia and Turkey and policy tightening – essential to protect emerging market central bank credibility – is likely to continue, potentially undermining growth prospects in some markets.

Investors will need to keep a close eye on the risks of tighter financial conditions through rising bond yields that could become an impediment to the global recovery. Central banks are navigating a razor-thin margin of accommodating stronger growth and higher inflation while managing market expectations of an early exit from very accommodative policy.

Trends that will shape the remainder of 2021

As we move towards the halfway point of 2021, some key trends are emerging that will shape markets and economies for the remainder of the year and well into 2022. 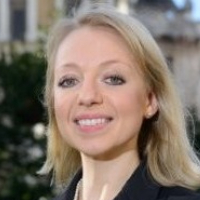